There is  increasing pressure for shipowners to sharpen their environmental performance, driven by an IMO target to halve greenhouse gas emissions from shipping by 2050, regional regulations and market pull from charterers, banks and investors.

“This represents a whole new ball game for the industry. Optimization of ship operations has traditionally been dictated by the efficiency of delivery around the globe that has typically meant being able to sail at full speed, thereby burning more fuel, to minimize costs for the charterer. It has been driven by money, not emissions,” says DNV GL’s Performance Advisory head Bjorn Berger.

The adoption of new digital technologies is seen by DNV GL as vital to achieve decarbonization goals for the shipping industry as the global green agenda shifts the business playing field for shipowners.

“But the new green regime dictates that shipowners must minimize emissions from their operations and efficiency will be defined by their ability to reduce their environmental footprint, which will be a key differentiating factor in future competition for charter contracts.”

Furthermore, he says failure to comply with new environmental rules will pose “a huge business risk” as vessels that do not meet emissions requirements will be unable to trade, though “not all shipowners have fully realized this”.

As such, digitalization of ship operations, in tandem with the use of alternative fuels, will be a key enabler to optimize the energy efficiency of fleets to meet low-carbon standards.

However, much of the maritime sector is lagging behind other industries such as aviation and automotive – in which digitalization has been widely applied for decades – as well as offshore where concepts such as data sensors on equipment, digital twins, artificial intelligence and remote operations are now rapidly gaining ground, according to Berger.

He believes there is massive untapped potential for the shipping industry to improve its efficiency through harnessing data flows from operations that can have a positive impact on commercial, environmental and safety performance.

Ships are increasingly being fitted with advanced sensors to monitor fuel consumption and energy efficiency, providing real-time data that can be integrated into an overall fleet management system for continuous learning and optimization of operations.

According to Berger, there are several examples of shipowners installing a fuel monitoring device on the bridge and testing out different operational measures to check how this affected fuel consumption. In many cases, minor differences in operational behavior reduced fuel consumption by 10%. 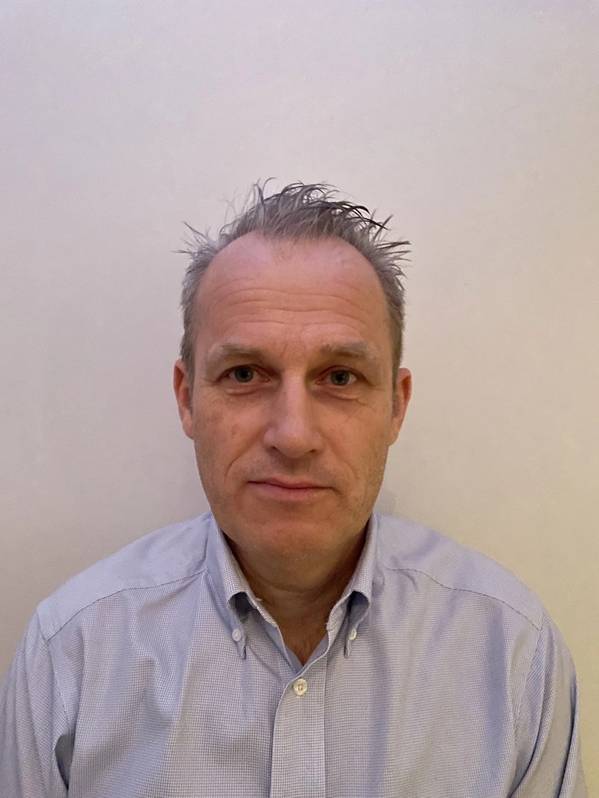 “When such data monitoring is aligned with centralization of fleet operations from an onshore control room, this gives the shipowner insight and transparency for better decision-making to assimilate best practices and thereby operate the fleet in the most cost and fuel-efficient way,” says DNV GL’s Performance Advisory head Bjorn Berger

Norway-based navigation software provider NAVTOR is already onboard this trend with its so-called e-navigation system offering seamless transfer of data from ship to shore that covers route planning so any deviation from the passage plan can be rectified in co-ordination with the crew.
As such, NAVTOR is pointing the way for ‘smart shipping’ with a software suite that includes nautical charts, weather information, navigational warnings and performance analysis tools as part of an integrated ecosystem already serving nearly 7000 vessels worldwide.

Its system incorporates interpretation, validation and instant notification of data, as well as manual input and analysis, and assistance in compliance with regulations for different ports and jurisdictions.

NAVTOR’s head of business development Arild Risholm Saether says: “Shipowners can use the digital tools available to take actions to reduce emissions. The add-on, of course, is you will have more profit and will be more attractive in the market for charterers and other types of customers.”
One major advantage of digitalization is the ability to optimize maintenance through continuous condition monitoring of engines, the hull and other equipment and structures using data sensors, as has been demonstrated on oil and gas platforms in the offshore industry.

Wider application of digitalization will have a beneficial impact on the efficiency of the overall logistical chain covering source to delivery in which the vessel is only one of several forms of transport being used, with automated port handling of cargo being one example.

Berger highlights clear commercial, as well as environmental, benefits from the use of digital technology as being lower operating and fuel costs, efficiency gains, improved decision-making, improved operational and technical performance, as well as enhanced safety from transparency and real-time data allied with improved data analytics capabilities.
At the same time, digitalization is transforming organizations from being reactive to proactive in areas such as maintenance.
“Digitalization represents a major competitive advantage and those that fail to adopt such technology will be quickly outmaneuvered by more progressive players,” Berger warns.
But only a handful of ship operators, notably in the containership and cruise sectors, have moved proactively on the digital front to realize the commercial benefits of centralized operations based on digitalization that offer significant economies of scale in management of large fleets.
Application of digital technologies throughout a vessel’s life-cycle – from newbuild design and construction to operations – as well as within the shipowner’s administrative and logistical organization will be key to optimizing ship operations as the industry navigates a course into a low-carbon future.
These can serve to evaluate a range of greenhouse gas abatement technologies, such as systems for waste-heat recovery and battery-hybrid solutions, as well as to determine the optimal configuration of machinery and propulsion systems in relation to alternative fuels for which DNV GL uses state-of-the-art data simulation techniques.
Berger reveals that offshore companies are now also considering the use of digital twins for operational systems onboard ships to provide instant feedback on actions such as dynamic positioning.

Such digital tools are necessary in the newbuild phase to ensure a ship is designed and built to be as future-proof as possible with maximum fuel efficiency and a low environmental footprint so that it can remain competitive over its lifetime.

In the operations phases, DNV GL has found that digitally enabled operational and managerial measures can achieve 10% to 20% greater energy efficiency, and thus improved emissions performance.

These include voyage planning and execution, improved fleet performance and management, speed management, hull and propeller maintenance, optimized use of generators and power consumers, trim optimization and increased use of remote functions.

Moreover, monitoring and reporting of key performance data such as carbon-intensity measurements will be required in relation to greenhouse gas ratings for regulators, charterers, ports, banks and finance institutions, making this a rite of passage for shipowners in future.

Berger believes digitalization can result in a shift whereby charterers increasingly may take over the role as shipowner to include vessel operations within the entire logistical chain in order to meet environmental requirements, citing online retail giant Amazon as a possible candidate.

This trend is already evident in Norway where grocery supplier Asko is developing an autonomous and electrically powered vessel to cross the Oslo fjord to cut the need for more pollutive truck delivery over long distances.

This is part of the country’s so-called Green Shipping research program initiated by DNV GL that is engaged in similar projects including development of electrified ferries using digital technology, mirroring that used on electric road vehicles.

“Unlike self-driving cars, remote operations for maritime vessels are still a long way off as investments in this area are nowhere near that of the automotive industry where there are enormous data centers carrying out millions of simulations,” Berger says.

Nonetheless, new cloud-based technologies such as big data platforms and digital twin technologies are starting to have a dramatic effect on how the industry manages information and how vessels and their components are designed, built and tested, according to DNV GL.

The advent of more digitalized ship operations does though present an increased cyber-security risk for fleet assets as a vessel’s legacy computer systems are more vulnerable to hacking when hooked up to a wider network.

While the breach of a company’s administrative IT system can have a reputational and financial impact, a data attack on onboard operation and control (OT) systems can endanger the safety of a vessel and its crew, for example by exposing it to piracy.

A disturbing increase in such OT incidents in recent years – including notable attacks on Cosco and Maersk – has given rise to new IMO regulations on cyber-security effective from this year, with DNV GL extending its services to cover control systems, software, data procedures and human factors to ensure compliance with the code.