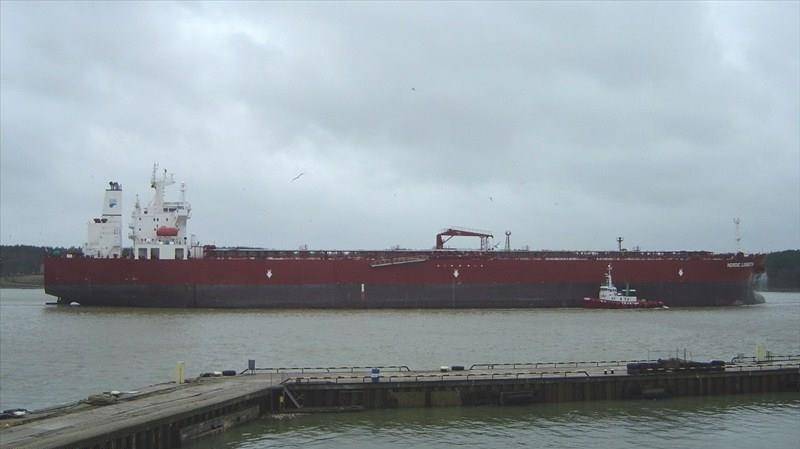 A crew member aboard a Cuba-flagged oil tanker on its way from a Mexican shipyard to Venezuela was reported missing this week, according to a shipping report seen by Reuters, marking the second incident aboard the same vessel in about a year.

Sailor Rafael Desiderio Martinez Alonso was not found last Sunday by the doctor onboard oil tanker Petion, which set sail on May 6 from Mexico’s port of Veracruz bound for the Cardon terminal in Venezuela’s western coast.

The report by the tanker’s shipping agency to Venezuelan port authorities about the incident said Martinez Alonso, who was one the tanker’s fitters, is believed to have fallen into open waters because his shoes were found near the ship’s gas plant. He has not officially been reported dead.

The tanker’s general alarm was activated the same day to start search and rescue operations, but after 24 hours the sailor was not found, said the report, which is dated May 11.

Venezuela’s oil ministry and Cuba’s foreign ministry did not immediately reply to requests for comment.

The Petion made a stop on Monday for about 18 hours near the Cayman Islands in the Caribbean, changing its status from “underway using engine” to “not under command.”

It continued its voyage to Venezuela on Tuesday, according to Refinitiv Eikon tanker monitoring data.

The same ship last year reported the death of a Cuban sailor while anchored near Venezuela’s Amuay port, after the helmsman fell overboard, according to people familiar with the accident.

Both the Petion and its managing firm, Cyprus-registered Caroil Transport Marine Ltd, were hit with U.S. sanctions in 2019 for transporting Venezuelan oil to Cuba. The vessel was serviced in Mexico between March and May.

A separate tanker, the Cameroon-flagged Domani, arrived in Venezuelan waters in March with a dead crew member onboard, according to two sources with knowledge of the incident. The death was reported as a suicide before Venezuelan authorities.