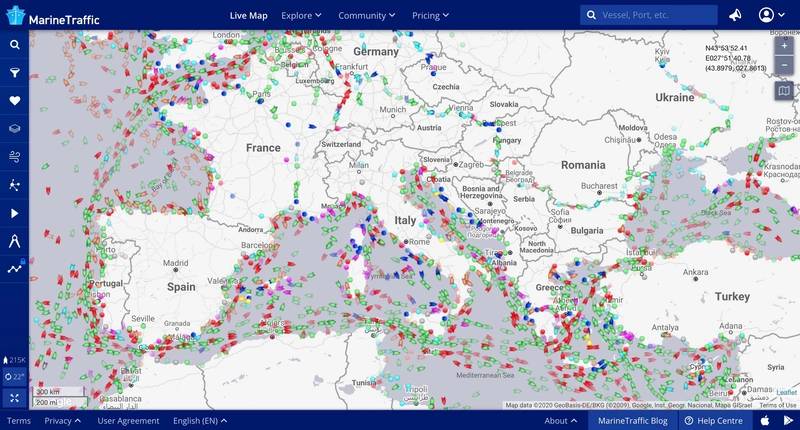 Ship tracking and maritime information service MarineTraffic has extended its contract through the end of 2023 for ORBCOMM’s satellite Automatic Identification System (AIS) data.

MarineTraffic, which has been an ORBCOMM partner since 2013, uses ORBCOMM’s satellite AIS data to track real-time and historical movements of ships as well as their arrivals and departures in harbors and ports around the world. MarineTraffic combines ORBCOMM’s AIS data with positional data from its network of land-based receiving stations to provide actionable maritime intelligence solutions and improve the maritime ecosystem. In addition, MarineTraffic will explore ORBCOMM’s other monitoring solutions as part of efforts to expand its offering.

Greg Flessate, ORBCOMM’s Senior Vice President and General Manager, Government and AIS, said, “As we collaborate on the next phase of our partnership, MarineTraffic will be able to leverage ORBCOMM’s industry-leading IoT solutions to enhance the end-to-end view of the global supply chain.”

ORBCOMM said it continues to advance its AIS business by enhancing its satellite AIS service with two new, next-generation AIS CubeSats, which are expected to expand coverage of ORBCOMM’s constellation, increase visibility to smaller Class B ships and extend its polar footprint with launches planned on separate missions within the next year. In addition, ORBCOMM is working with AAC Clyde Space and Saab to develop a next-generation, space-based VHF Data Exchange System (VDES) satellite, expected to launch in 2022, which will provide more extensive global maritime communications coverage, increased bandwidth and enhanced versatility.