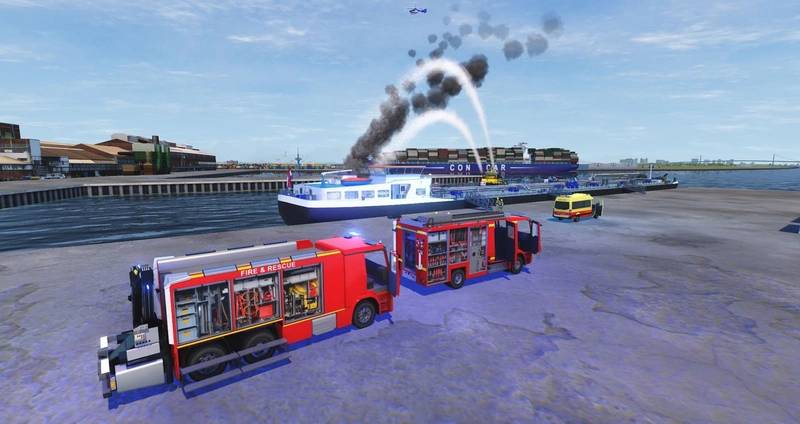 Our COVID-19 maritime world continues to change as our perspectives on education and training with the availability of online learning and conferencing, an increased use of webinars, and the use of simulation technology must evolve if we are to be able to continue to train and maintain skill sets as we navigate the current and predicted restrictions on movement. Changes made now may eventually become fully integrated in to future iterations of training in many industries.

An increasing use in the simulated experience can be similar to or completely different from what a mariner or student would encounter on the waters. A mariner utilizing simulation technology is able to navigate the artificial ship and waters, move around on board the ship, and importantly interact with equipment or features of the ship. Simulation has come to encompass many areas including: a ship’s bridge, tug, polar environment, a lifeboat, cargo control system and even firefighting. This type of simulation is extremely realistic, functional and for many potential mariners maybe their introduction to cutting their teeth on ship handling, navigation and yes ship board firefighting.

Some key aspects of simulation include the ability of students and professionals to enhance their skill level, while providing hands on realistic training that is risk free. When a trainer has the capability of repeating training scenario’s or building on them, it allows the student to progress while repeating and retaining skill based operations that lead to increased competence and confidence of the mariner.

In a recent paper entitled Brain Points: A Growth Mindset Incentive Structure Boosts persistence in an Educational Game the authors can pinpoint the direct correlation between the use of video games and learning. “Constant interactive feedback provides a medium for showing students that their effort translates into progress. But most importantly, game incentive structures provide a way to support and reward behaviors consistent with growth mindset, such as persistence and use of strategy.” (O’Rourke, Haimovitz, Ballweber, Dweck & Popovic 2014). And what is simulation, but an advanced and very expensive video game?

Today more than ever training needs to be specialized and supplement written and practical training assessments. Firefighting is a prime skill and function that can now be virtually simulated where the student can utilize their education and training to for example lead, plan, locate, control and extinguish a virtual fire aboard ship. This scenario typically only occurs at an approved firefighting facility under controlled conditions where a student may not be the on-scene leader. What better environment then permitting all students to take the lead and control a fire emergency team to extinguish a ship fire? For how do students reinforce their skills by being able to take command and perform as the person in charge. This is called Recognition Primed Decision Making. Building on earwork The AlphAct Decision Support System for Emergency Responders have reported that experienced decision makers rely on their ability to draw upon past experiences in order to rapidly make a decision 80-95% of the time. (An T. Oskarsson & C. Reed Hodgin, 2010).

Of primary concern currently is the ability to meet the STCW and USCG standards as laid out in STCW while maintaining the requirements for social distancing and reduced classroom capacity. These current restrictions directly impact public and private training institutions alike. While traditional classroom content may be delivered via an online meeting platform, how can a student gain experiential knowledge about fire fighting without being able to fight a real fire, which is not an experience provided but a few times during the burgeoning mariners career. Until now.

VSTEP B.V. based in the Netherlands has developed a classroom training simulator, Response Simulator (RS for short), that allows firefighting students across several industries to work either alone or in tandem with other students in the steps necessary to control the spread, fight, and extinguish a fire. VSTEP believes that this technology can substitute some of the required hands on competencies which are proving difficult to sign off on currently. These simulations, which are instructor designed and driven are “played” like a first-person shooter video game in which the student controls an actual person navigating their way around a vessel. The realistic design of the simulation makes the student feel that they are actually on board and fighting the fire themselves.

For the student on the go, or the school with limited room, another option is the developing world of phone, computer, and tablet-based apps. Reminiscent of the Choose your own Adventure books that many of us grew up with, the AlphaAct simulation software allows the student options to take based upon previous decisions. Each decision leads to a set of available consequences, hopefully with the end goal of the vessel being saved and the fire extinguished. This technology which is expected on the market in the near future, will be available on personal devices, making it available to students wherever they may roam.

A critical aspect of this simulation technology is the ability of being able to tie together these virtual worlds into an integrated shipboard system that can perform similar to a ship at sea. This can be done today and permits educators to add an important aspect to training where, for example a ship fire can be coordinated virtually by both the fire emergency team and the ships bridge team. How better for students to be able to train than in an integrated shipboard environment where they can interact and interface in completing a series of tasks.

Lifeboat and Fast Rescue learners have also benefitted from the advances in simulation and Virtual Reality technology. Anthony Patterson of Virtual Marine in Canada have developed a platform that allows users to practice lowering, launching, and recovering of both lifeboats and fast rescue boats. The impetus for this system dates back to the early 2000s when the industry experienced numerous injuries due to lifeboat launching and recovery. It is now possible via Virtual Reality training to simulate a variety of conditions as well as allowing the operator ample opportunity to practice the necessary skills in the handling of small craft. Inevitably this reduces the wear and tear on physical equipment, while keeping the skills sharp and ready. Something that Mr. Patterson pointed out as well is the record generation aspect of simulation. Every training session creates a record for the individual learner, showing the time spent as well as the simulation and conditions. Critical for those companies that wish have the best trained seafarers.

Although there will always be a need for the firefighting student to actually lay hands on equipment, feel the heat of a fire through their fire fighting outfit, breath the air of an SCBA, and fell the actual accomplishment of successfully extinguishing a fire, that experience can only be repeated so often. Reinforcing those skills and knowledge through the use of simulator technology and applications can provide a maintenance of necessary knowledge as well as the reassurance to a company that their seafarers are able to carry out their duties when called upon.