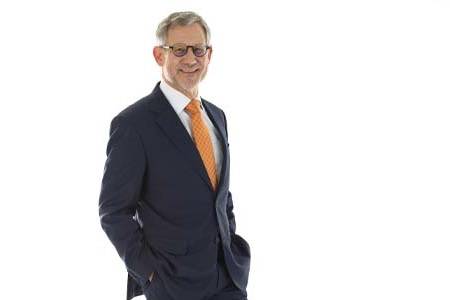 Webb Institute announced on Wednesday that Mark Martecchini will become the 16th president in the school’s history, effective July 1, 2022.

Selected by a Webb Board of Trustee search committee Martecchini will succeed R. Keith Michel who has served as Webb’s president for the past nine years.

Board of Trustees chair Bruce S. Rosenblatt, said, “[Martecchini] is a visionary leader who is passionate about the mission of Webb Institute and is committed to building upon our 130-year history of excellence in engineering education.”

During a 38-year career with Stolt-Nielsen, Martecchini served in a variety of technical, commercial and executive roles, most recently as Managing Director of Stolt Tankers, operating the world’s largest global fleet of parcel tankers. He has served on the boards of the International Chamber of Shipping (ICS), the International Association of Independent Tanker Owners (INTERTANKO), and the International Tanker Owners Pollution Federation (ITOPF). He previously chaired Webb Institute’s Academic and Student Affairs Committee, a standing committee of the Board of Trustees.

“I am honored and excited to be chosen to succeed Keith Michel to lead Webb into the future,” said Martecchini. “A future where sustainability and decarbonization will redraw the map of the maritime industry, with Webb graduates ideally placed to make that change happen. Webb has made huge strides under Keith’s tenure, constructing a state-of-the-art academic center that enables Webb to continue adapting its curriculum and faculty to promote innovation and new technologies.”

In his remarks, Board chair Rosenblatt noted the accomplishments of retiring president Keith Michel. “Enrollment, educational outcomes, student body diversity, and the Institute’s financial strength have markedly increased during Michel’s tenure. We thank him for his many contributions.”

President Michel enthusiastically endorsed the selection of Martecchini as his successor. He explained, “I am excited for Mark and his family and look forward to working with him as we transition the presidency. I have long admired his collaborative approach to leadership and believe he is especially well prepared to lead Webb in this time when rapid technological advancement demands innovative approaches to engineering education.”

Martecchini holds a BS in Naval Architecture and Marine Engineering from Webb Institute and an MBA from New York University. He lives in Rotterdam, Netherlands, with his wife Laurie. They have two children, Niko, who is a 2009 graduate of Webb Institute, and Thomas. With the strong family connection to Webb Institute, Martecchini brings a deep appreciation for the mission and values of the college.