Mayflower Wind Given Green Light to Interconnect at Brayton Point 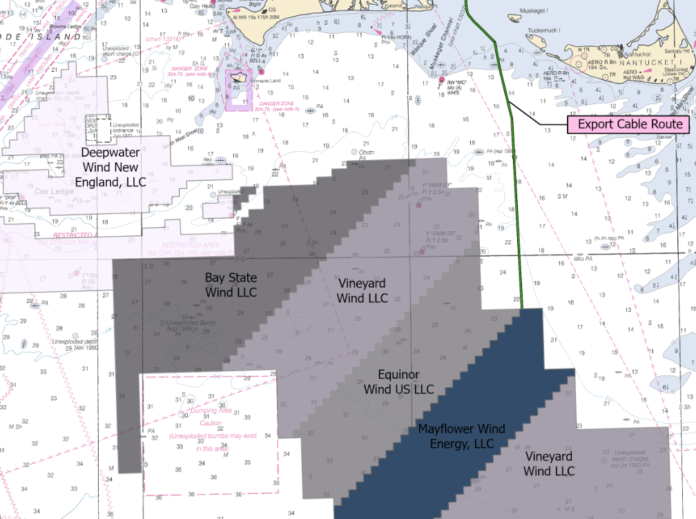 Mayflower Wind, a 50/50 joint venture between Shell and Ocean Winds, and Anbaric Development Partners, a U.S.-based company focused on planning and scaling renewable energy, have signed an agreement for Mayflower Wind to use transmission assets developed by Anbaric to bring offshore wind to Brayton Point in Somerset, Mass.

Brayton Point’s robust grid infrastructure and waterfront location make it an ideal interconnection location for offshore wind. The Mayflower Wind offshore wind energy project will use high voltage direct current technology that minimizes marine cabling, reduces energy losses and strengthens the New England grid. Over the past three years, Anbaric has taken steps to develop the site as an optimal location to integrate offshore wind into the New England electric grid. Throughout that time there have been many collaborative conversations between Anbaric and Mayflower about the electrical connection that would be a key element in the regeneration of Brayton Point.

When fully built out, and with continuing advancements in wind technology, Mayflower Wind’s lease area will supply over 2,000 MW of offshore wind. Mayflower Wind’s use of the existing grid connection will help set in motion the development of supporting infrastructure at Brayton Point needed to revitalize the former coal plant site and enable Somerset to benefit from the rapidly expanding offshore wind industry. This cable landing in Somerset will supplement Mayflower’s long-standing and continuing efforts in Falmouth on Cape Cod.

“Mayflower Wind is committed to helping Massachusetts and New England achieve their ambitious clean energy goals,” says Michael Brown, CEO of Mayflower Wind. “The transmission infrastructure at Brayton Point – initially developed by Anbaric and now owned by Mayflower – will help us make those goals a reality. We look forward to collaborating with the community as we invest in and develop this project to bring clean energy to Brayton Point and beyond.”

For 50 years, Brayton Point was home to the 1,600 MW coal-fired Brayton Point Power Station, the largest coal-fired power plant in New England and the last in Massachusetts. The plant was closed in 2017, and in 2019 Anbaric presented a vision to create a Renewable Energy Center on the site of the shuttered plant. One aspect of that vision was bringing power ashore at Brayton Point – Mayflower Wind is now moving to translate that element into reality.

Mayflower Wind is continuing with its efforts in Falmouth, Mass., to connect its first 804 MW project into the New England electric grid via the Cape Cod interconnection point.