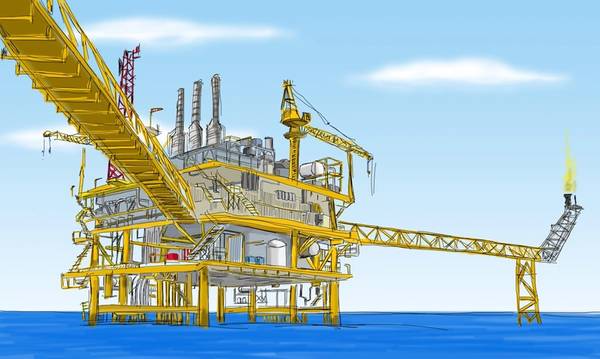 The contract scope includes the replication of five offshore wellhead platforms. The FEED contract will be executed from McDermott’s Doha office and work will begin immediately.

“For more than 30 years, McDermott has executed projects in Qatar’s North Field, and we will leverage our experience and local resources to successfully deliver this project,” said Tareq Kawash, McDermott Senior Vice President, Europe, Middle East and Africa.

As oil and gas field development continues in the region, we are poised to build on this initial work to further support Qatargas as they progress the subsequent phases of the NFS project.”

McDermott did not share the financial details of the contract.

In an unrelated statement released on Tuesday, McDermott said it had on Dec. 31, 2020, secured $560 million in new capital.

The new capital was provided through a series of transactions which was secured through commitments from certain existing lenders and shareholders. McDermott met all conditions necessary to close these transactions and has strengthened its balance sheet and increased its liquidity to provide financial flexibility for continued strong project execution and pursuit of new opportunities, the company said.

“With the completion of the capital raise, McDermott has recapitalized its business with the support of its investors,” said David Dickson, President and Chief Executive Officer of McDermott. “This additional capital solidifies our liquidity position and allows us to continue delivering superior project execution for our customers and pursue new growth opportunities. We want to thank our investors for the confidence they have in McDermott and its business model and our customers for their continued support.”