Posted by tesla@jabvertising.com on December 21, 2021 | Featured 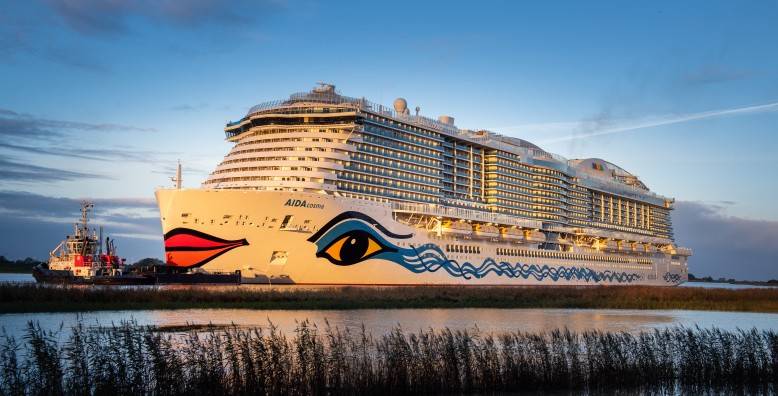 The newbuild is the fourth cruise ship delivered by MEYER WERFT since the pandemic began.

According to the yard, various effects of the pandemic have caused challenges on board the AIDAcosma in recent weeks. “Overall, however, we managed these well until the end. The progress of the completion and the sea trials went well, so that we again delivered a ship in high MEYER quality, which our customers know from us,” said project manager Jochen Busch.

MEYER WERFT managing director Jan Meyer said, “We have proven once again that we can build and deliver first-class ships despite the difficult circumstances caused by the Corona pandemic. With MEYER TURKU’s Costa Toscana, it is even the second ship that we as MEYER Group deliver to Carnival Corporation within less than three weeks.”

MEYER WERFT’s order book currently includes eight cruise ships for international customers until 2025, as well as an apartment ship for Ocean Residences, the construction of which is still subject to financing. “In 2022, we will deliver two more large ships, the Disney Wish and the ARVIA for P&O Cruises. In the following years, it will be one large and one small newbuilding each. This is significantly less than we had planned before the outbreak of the pandemic,” said MEYER WERFT managing director Thomas Weigend.