Michelin to Use Sailing Cargo Ships for Tire Transport 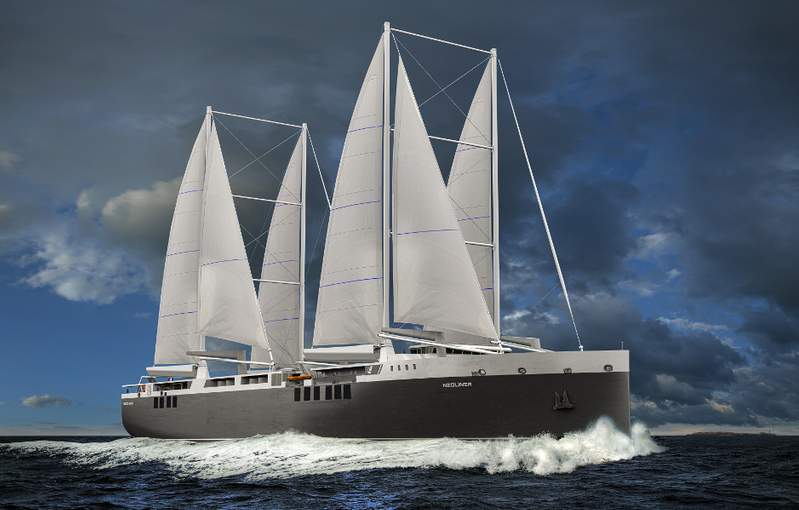 The Michelin Group said it signed a deal with French startup NEOLINE to transport its tires across the Atlantic aboard sailing cargo ships. The move aims to reduce CO2 emissions from the manufacturer’s logistics operations.

The partners expect to begin containerized tire shipments aboard NEOLINE’s “wind-powered” vessels on a pilot line from Halifax (Canada) to Saint-Nazaire – Montoir de Bretagne (France) by 2023.

NEOLINE, which already has transport agreements with companies such as Jas Hennessy & Co., Manitou Group and Groupe Beneteau, said it plans to launch its first vessel on the transatlantic line in 2023, followed by a second vessel later that year. Over time, the Michelin group will gradually transition at least 50% of its transatlantic container shipments to NEOLINE vessels.

The 136-meter-long cargo ships are being built by French shipbuilder Neopolia. They will be propelled by diesel-electric power as well as 4,200 square meters of sails, helping to reduce CO2 emissions by 90%.

Michelin, which has committed to zero CO2 emissions at its sites by 2050, said it is testing the waters for new solutions to decarbonize its logistics operations as well.

Pierre-Martin Huet, Michelin Group supply chain director, said, “This initiative and this new partnership promote innovation in the field of carbon-free transport. This first step in carbon-free shipping is fully in line with the CSR strategy of Michelin’s operations. It will contribute to achieving the objective of reducing CO2 emissions from logistics by 15% in absolute terms between 2018 and 2030.”

Jean Zanuttini, NEOLINE president, said, “This first commitment concerns Eastbound flow (from the Americas to Europe) and comes in addition to an already well-filled order book in Westbound direction (from Europe to the Americas). With our sailing cargo ships, we are developing a mode of transport that is more environmentally friendly, adapted to the current economic and logistical reality of shippers and not dependent on fossil fuels.

“With our partners, we are currently working on the different options available to start the construction of our first vessel as soon as possible.”