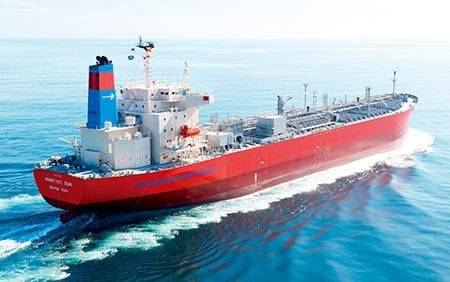 On September3, during the Eastern Economic Forum in Vladivostok, Russia, the Japanese firms signed a memorandum of understanding (MOU) with the Ministry of the Russian Federation for Development of the Far East and the Arctic Regions, State Development Corporation VEB.RF, VTB Bank and ESN Limited Liability Company (ESN Group) to commence a joint study to build, operate and utilize the novel methanol carrier, which can reduce emissions of sulfur oxides (SOx) by up to 99%, particulate matter (PM) by up to 95%, nitrogen oxides (NOx) by up to 80% and carbon dioxide (CO2) by up to 15% compared to conventional fuel oil by utilizing methanol as bunker fuel.

Because methanol is liquid at normal temperature and pressure, it has the advantage of low marine transportation costs. On land, it can also be stored in ordinary tanks for liquids as a supply base.

Marubeni and MOL said they will consider developing a project that would supply methanol as marine fuel should the demand of methanol as fuel for common vessels grow in the East Asian region in future, as there is a possibility that this methanol which is to be produced and exported by the ESN Group from natural gas in Russia’s Amur region will become a competitive supply source located within the region.

Marubeni and MOL will drive the project in collaboration with customers and partners in Japan and overseas and in cooperation with the government-related organizations, with the aim of further reducing the environmental impact of ocean transport.