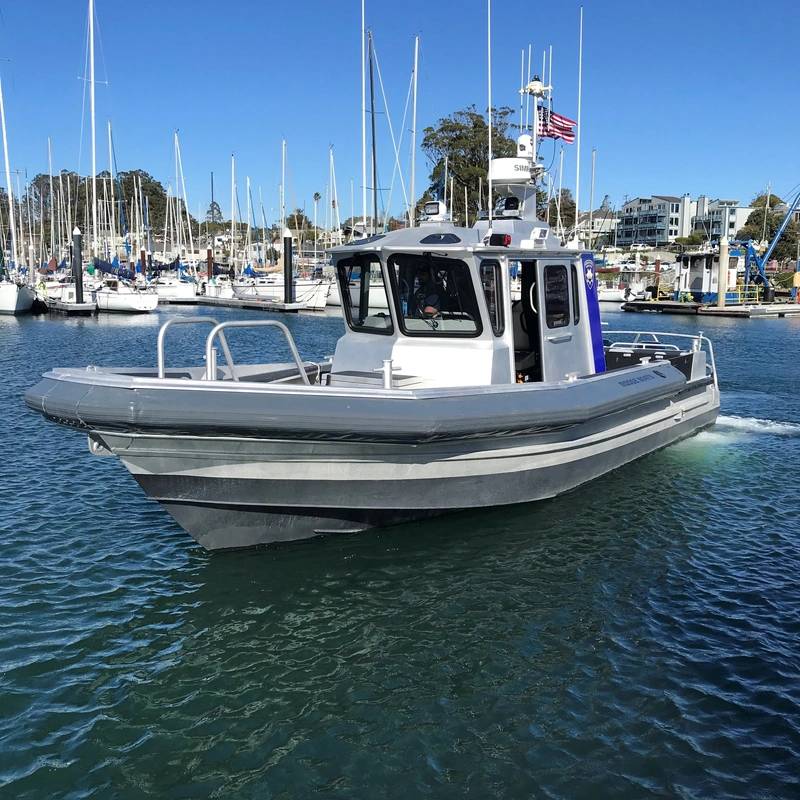 Santa Cruz Port District is responsible for patrolling, maintaining, and managing the facilities for the Santa Cruz Harbor including law enforcement, search and rescue, maintenance and dredging. As the lifecycle of their previous vessel approached, the District was able to secure funding for a new Moose Boat.

On January 24, representatives from the District collected their new boat from Moose Boats in Vallejo, Calif. and traveled to Santa Cruz via the Golden Gate and the Pacific Ocean. The new boat will soon be christened the Don Kinnamon in honor of a recently retired Senior Deputy Harbormaster who was instrumental in both securing funding for the boat and assisting in the design and purchase from Moose.

The vessel is a Moose model M3, a monohull, with a walkaround cabin. Sliding doors on the side provide maximum visibility and access for along-side boardings and side tows. Twin Suzuki DF300APX 300HP engines propel the vessel up to 45 knots.

According to the new Santa Cruz Harbormaster, Blake Anderson, this boat “will greatly expand our capabilities and allow us to respond to calls for assistance in all kinds of weather. We looked at a lot of options when we were ready to buy and the Moose really stood out for its maneuverability, sea worthiness and build quality”.

Santa Cruz was able to secure funding thanks to the California Department of Natural Resources and purchased the vessel via the GSA’s Schedule 84 Cooperative Purchasing clause.