More Than 1,000 Barges Backed Up on Lower Mississippi River 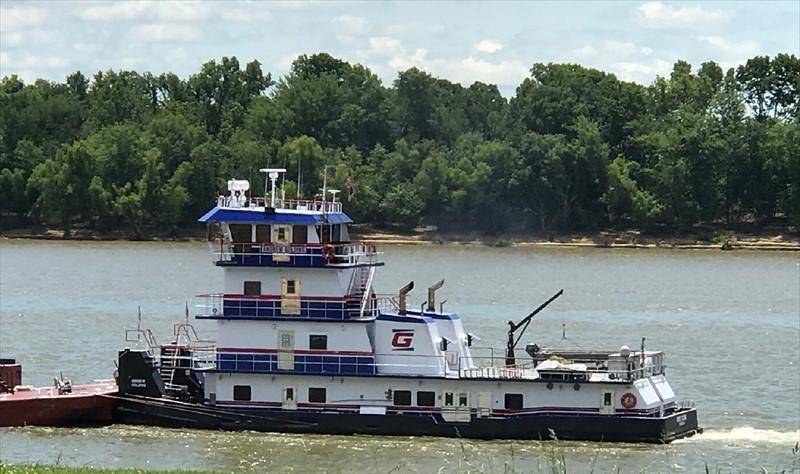 More than 1,000 barges were backed up on the lower Mississippi River on Friday, according to the U.S. Coast Guard, while traders anxiously awaited an update on the shutdown of a portion of the waterway that is critical to U.S. crop exports.

The Coast Guard on Tuesday stopped all traffic on the river near Memphis, Tennessee, after a fracture was discovered in the Hernando DeSoto Bridge, which carries vehicular traffic on Interstate 40 over the river. The closure is disrupting shipments of goods including oil and corn toward export terminals at the Gulf of Mexico.

As of Friday morning, 62 vessels with a total of 1,058 barges were waiting in the queue for the river to reopen, the Coast Guard said on Twitter. Reopening depends on an inspection of the bridge by the Tennessee Department of Transportation, according to the Coast Guard.

Tennessee transportation officials are speaking to the Coast Guard and others on Friday and plan to issue an update on the situation, Nichole Lawrence, a spokeswoman for the state Department of Transportation, said on Twitter.

Lawrence said in an email on Thursday that Tennessee hoped to have a decision regarding river traffic in the next day or so.

“There is hope that the DeSoto Bridge will be able to be repaired or at least stabilized so that river traffic can begin again,” said Tomm Pfitzenmaier, analyst for Summit Commodity Brokerage in Iowa.