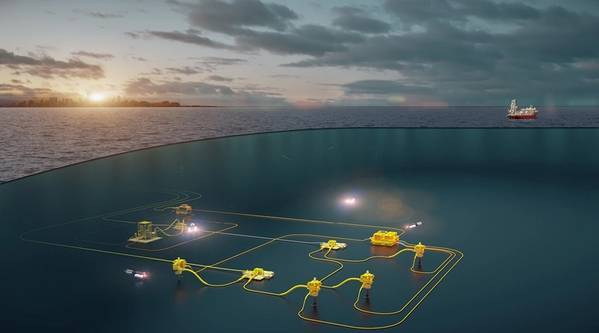 Oilfield services giant TechnipFMC expects more than 350 subsea tree orders to be made globally in 2022, a level which it says has not been seen in years.

The oilfield equipment and services firm saw its full-year 2021 inbound orders in the subsea segment hit the $5 billion figure, a 24 percent increase compared to 2020, and in 2022 it expects a further increase in subsea orders.

Among the 4Q orders, are a long term charter and services deal with Petrobras for the pipelay support vessel Coral do Atlântico, and a large deal with Exxon in Guyana to supply a subsea production system for the Yellowtail development which includes 51 enhanced vertical deepwater trees (EVDT) and associated tooling, among other equipment.

Doug Pferdehirt, Chair, and CEO of TechnipFMC said: “Our Subsea Opportunity list has expanded to a record level of more than $20 billion, providing increased visibility into the middle of the decade. The growth in part reflects the continued robust front-end activity. Our early engagement and client partnerships support our view that subsea tree awards for the total industry are likely to exceed 350 in the current year – a level not seen since 2013.”

“For TechnipFMC, we anticipate subsea inbound order growth of up to 30 percent in 2022, with iEPCI™, direct awards and Subsea services approaching 75 percent of orders,” he said.

Pferdehirt added: “The inflection for the energy market is here. Since 2015, offshore economics have materially improved, and subsea cycle-times have become significantly shorter. This has resulted in new subsea investments coming much earlier in the cycle and more in parallel with U.S. land markets. We believe these changes are fundamental and sustainable as a result of new business models and technology pioneered by our company.”