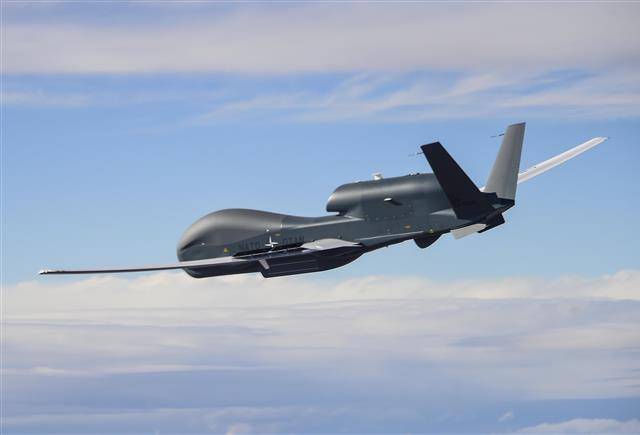 As the AGS was flying over the Central Mediterranean, MARAIR based out of NATO Maritime Command headquarters in Northwood, U.K. was able to establish a communications link to the AGS operators in the Sigonella Airbase, NATO Air Command and Combined Air Operations Center Torrejon.

In the future, MARAIR-AGS communications will be improved by linking in with surface assets and maritime patrol aircraft. Cross-domain integration is key to NATO operational capability.

Earlier in February 2021, NATO’s Supreme Allied Commander Europe, General Tod Wolters, declared the NATO AGS RQ-4D remotely piloted aircraft initially operationally ready to conduct missions. This is a major milestone for the program, which will substantially increase the Alliance’s awareness, indications and warnings of what is happening around its borders.

AGS will be able to contribute to a range of missions such as protection of ground troops and civilian populations, border control and maritime safety, the fight against terrorism, crisis management and humanitarian assistance in natural disasters.

All five NATO AGS aircraft are located at the AGS Main Operating Base in Sigonella, Italy.