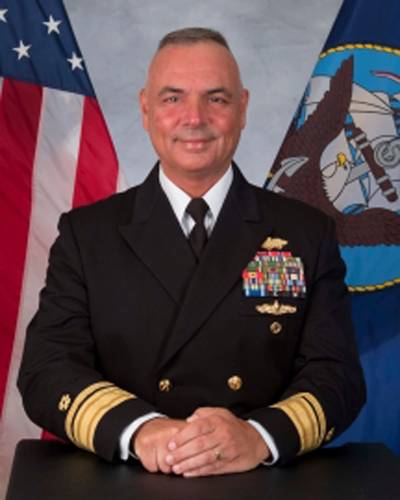 “We look forward to getting this critical construction mega-project underway,” said Rear Adm. John Korka, commander, NAVFAC, and Navy chief of Civil Engineers. “This project — and other work being planned at all four of our naval shipyards — is one of the most significant and direct contributions that our systems command team can make to enable our Navy’s lethality and maximize its readiness for many years to come.” Image courtesy NAVFAC

Naval Facilities Engineering Systems Command (NAVFAC) awarded a $1.7-billion construction project, an effort toexpand and reconfigure a dry dock complex at Portsmouth Naval Shipyard (PNSY) in Kittery, Maine, to increase the shipyard’s capacity to maintain, modernize, and repair the Navy’s attack submarines and return them to the fleet on time.

“Our naval shipyards need these major modernization efforts to sustain our ability to maintain our nuclear submarine fleet,” said Vice Adm. William Galinis, commander, Naval Sea Systems Command (NAVSEA). “The Navy needs combat-ready ships and submarines to go where they’re needed, when they’re needed, and these major upgrades and reconfigurations at our naval shipyards will enable the fleet to meet its future missions.”
SIOP is a joint effort between NAVSEA, NAVFAC, and Commander, Navy Installations Command (CNIC) to recapitalize and modernize the infrastructure at the Navy’s four public shipyards, including repairing and modernizing dry docks, restoring shipyard facilities and optimizing their placement, and replacing aging and deteriorating capital equipment.

The contract will be incrementally funded, with an initial $70 million allocated at the time of award.