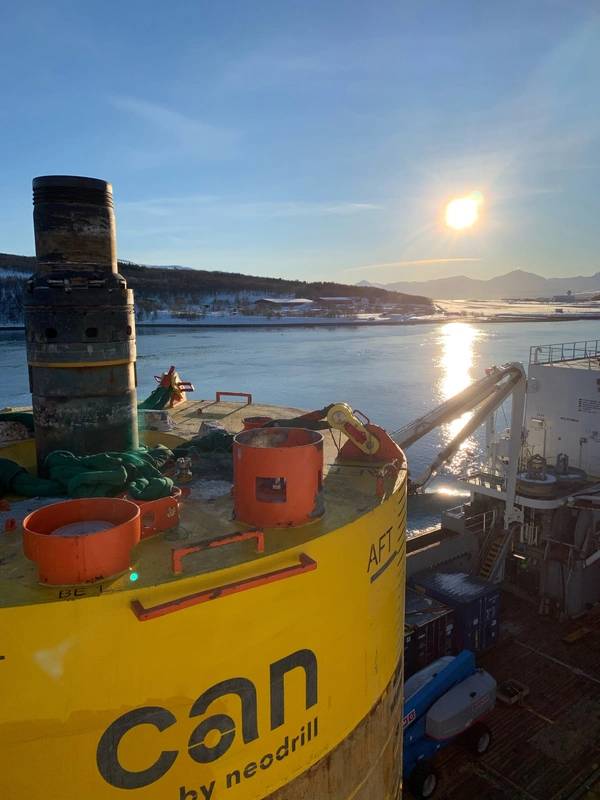 “This is an opportunity for Lundin to scale up the success of previous CAN technologies used, aiming to repeat the savings in cost and time and reduce CO2 emissions as demonstrated on the Zulu, Lindormen and Bask wells,” Neodrill said.

According to Neodrill, its CAN-ductor technology, assembled onshore and easily installed using a vessel, has successfully demonstrated cost efficiency and minimized environmental impact.

“This innovative suction anchor with one joint of conductor integrated, delivers top-hole support for exploration and production wells,” Neodrill said.

“Neodrill have installed a total of 28 CANs since 2006 and this frame agreement gives a clear indication that the industry is at a turning point, away from conventional well start-up methods, towards new technologies which meet the modern demands on value creation and sustainability,” the company added.

Neodrill CEO, Jostein Aleksanderson said: “We believe this is just the beginning – oil and gas operators must adapt to use best environmental practice at all stages. Our estimates suggest that if CAN technology was used for approximately 50 exploration wells, those drilled in the North Sea each year, then 25,000 metric tonnes of CO2 emissions could be saved.”

“We are proud to be offering this technology to the market and are delighted that Lundin are considering the CAN-ductor for further projects. We look forward to embarking on our first installations under the new agreement.”