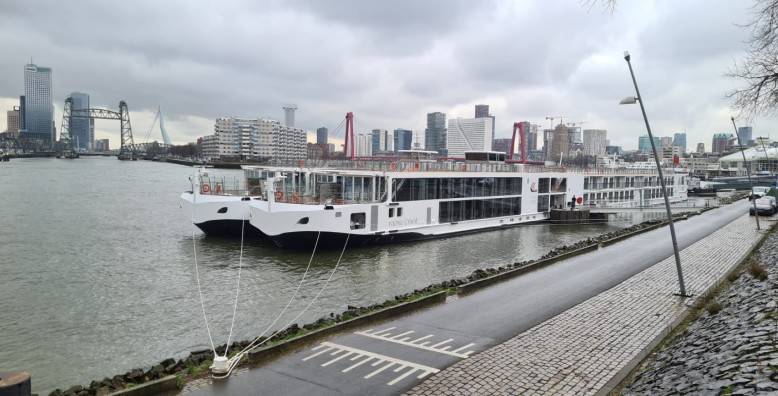 The ships, to be named Viking Gymir and Viking Egdir, are the last two river cruise ships in the builder’s current order book, ending a string of 65 sister ship deliveries for Viking River Cruises ordered at Neptun Werft from 2010 onward.

“More than a decade ago we launched this series of ships, which has been extremely successful and very popular with passengers. To conclude the series, we have once again built two great ships, Viking Gymir and Viking Egdir,” said Lars-Gunar Klasen, operations manager at Neptun Werft.

The two ships are equipped with a hybrid propulsion system that combines diesel engines and batteries. In the past, a total of five engines for power generation were installed on the ships of the Viking series. These included an emergency and auxiliary diesel. These two engines have been replaced by batteries and will ensure emergency operation in the future. In addition, they can cover the energy required during peak loads. The engines thus run in the optimal range, consume less fuel and produce fewer exhaust gases.

Neptun Werft, part of the Meyer Group and a market leader in the river cruise building, said it is seeing significantly reduced demand for river cruise newbuilds due to the COVID-19 pandemic and current standstill of the European river cruise fleet. The shipyard has also frequently built engine room modules for cruise ships built at other Meyer yards Meyer Werft and Meyer Turku.

“This means we will be missing a lot of work in the coming years. We therefore have to adapt to the new situation and adjust the shipyard as quickly as possible,” Klasen said.

Neptun Werft said negotiations are currently underway between the shipyard management, the works council and IG Metall to make preparations for the future, including adjusting the workforce size to the new market conditions.

Thomas Weigend, managing director of Neptun Werft, said, “We hope that we can continue the very successful partnership with Viking River Cruises when the market recovers. To this end, Neptun Werft is already working intensively on new innovative concepts for low-emission and environmentally friendly river cruise ships of the future. This will enable the shipyard to deliver a new ship as quickly as possible when new orders come in.”