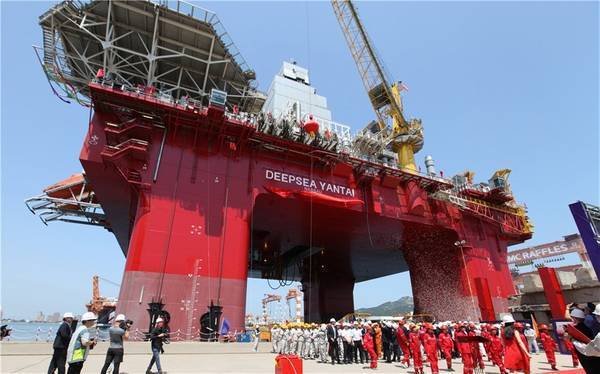 Oil and gas company Neptune Energy has extended the contract for the Deepsea Yantai semi-submersible drilling rig. This is the rig Neptune used when it last year made one of Norway’s largest offshore discoveries – the Dugong.

The Deepsea Yantai is owned by China’s CIMC Raffles and managed by the Norwegian offshore drilling company Odfjell Drilling.

The new contract extension is for additional 2 wells, meaning the rig is will be fully occupied through 2021. Bassoe has estimated the rig’s day rate under the extension to be around $220000. Also, according to Bassoe, the extension covers the period between early November and late December 2021.

Odfjell Drilling said that the contract extension was made so that the rig can conduct further work in the Dugong area. Neptune also has the option to exercise a further 8 wells under the current contract.

Neptune Energy’s Director of Projects and Engineering in Norway, Erik Oppedal said: “With the extension of this contract, Neptune is pleased to keep the momentum up in the development of the Dugong field in the Norwegian Sea, one of last year’s largest discoveries on the Norwegian shelf.

Norway is a strategically important part of our global portfolio. The next milestone in this exciting development is drilling of the appraisal well starting in February / March.”