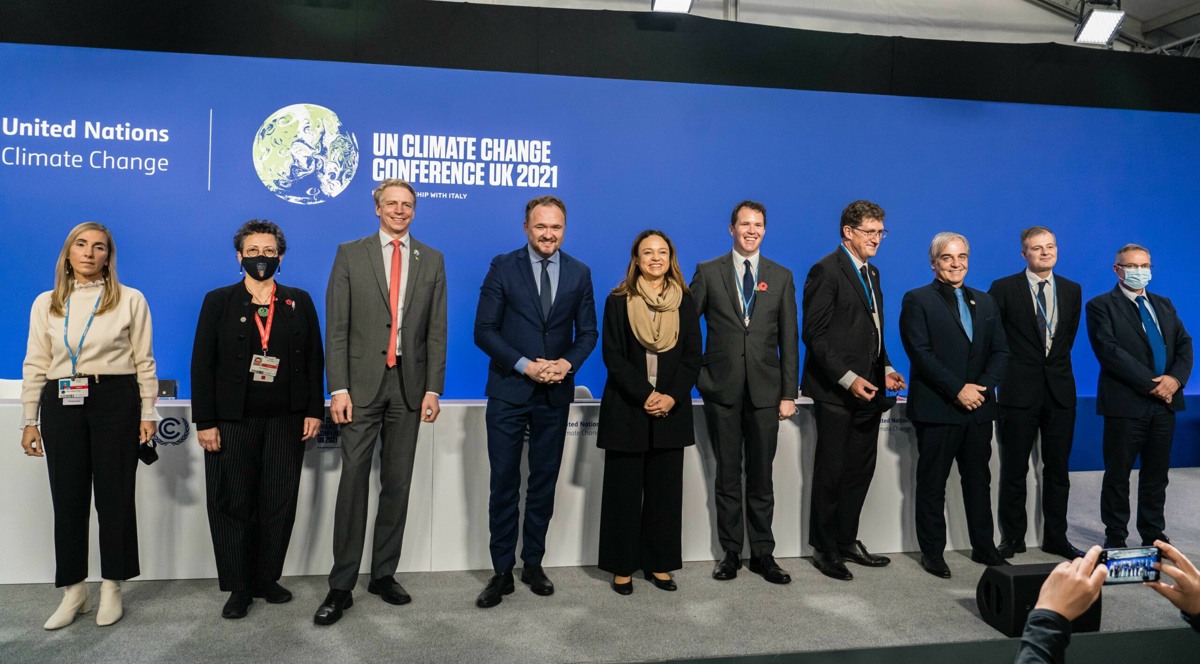 A new global alliance has been announced during the COP26 summit in Glasgow, aiming to seek a managed phase-out of oil and gas production to align with Paris Agreement goals and inviting other countries to join.

At the 2021 United Nations Climate Change Conference (COP26), 11 national and subnational governments led by Costa Rica and Denmark on Thursday announced the launch of the Beyond Oil & Gas Alliance (BOGA), which will seek to deliver a managed and just transition away from oil and gas production.

According to the official statement, BOGA is a first-of-its-kind alliance of governments determined to set an end date for their oil and gas exploration and extraction and curtail new licensing or undertake other significant measures that contribute to the joint goal of aligning oil and gas production with the objectives of the Paris Agreement.

Co-chaired by Costa Rica and Denmark, BOGA will leverage momentum from first-movers and create an international community of practice that can support governments in delivering their commitment to a managed phase-out of oil and gas production.

It is worth reminding that Denmark revealed last December it would cancel all future licensing rounds for new oil and gas exploration and production permits in the Danish part of the North Sea and end existing production by 2050. In 2019, Denmark produced 103,000 barrels of oil per day, making Denmark the EU’s second-largest producer after the UK.

Commenting on the new alliance, Danish Climate Minister, Dan Jørgensen, said: “Science has made it clear – the fossil era needs to come to an end. This is why Denmark has set an end date for oil and gas production. And why we are building this alliance of countries willing to step up to the plate. BOGA will help to spur momentum for countries to phase out their production of oil and gas while creating a clean energy economy.”

Andrea Meza, Minister of Environment and Energy of Costa Rica, said: “If we want to address the climate crisis, we need a managed but decisive phase-out of oil and gas production. I am delighted that new members are joining forces with Costa Rica and Denmark to set a date for the end of fossil fuel production.”

Meza also invited other governments to join BOGA and align their oil and gas production with the goals of the Paris Agreement.

The founding members all signed up to the BOGA Declaration pledging to support a socially just and equitable global transition to align oil and gas production with the objectives of the Paris Agreement. This will be followed-up by concrete action, with core members committing to end new concessions, licensing or leasing rounds and to set a Paris-aligned date for ending oil and gas production.

Eamon Ryan, Irish Minister for Environment Climate and Communications, stated: “Through the Climate Act 2021, Ireland has closed the door on new exploration activities for oil and gas- there is no longer a legal basis for granting new licences. In line with Irish Government policy of keeping fossil fuels in the ground, we are also currently legislating to prohibit exploration for and extraction of coal, lignite and oil shale. By doing this, we are incentivising the transition to renewable energy and putting ourselves on a pathway to net-zero by 2050.”

Two other governments this week joined forces to curb climate change and accelerate the global transition. Namely, the United States and China revealed they would be working together in the critical decade of the 2020s and pursue efforts to hold the global average temperature increase to well below 2 degrees C and to pursue efforts to limit it to 1.5 degrees C.

Friday is the final day of the COP26 summit, which is expected to result in a document, including decisions and resolutions that build on the Paris Agreement. The draft of the document has already been released, including the call to speed up the phasing out of coal and subsidies for fossil fuels. Another draft, published on Friday, changed the word formulation of the previous one, calling for the acceleration of the phaseout of “unabated coal power and of inefficient subsidies for fossil fuels.” However, the final version of the document is yet to be released.