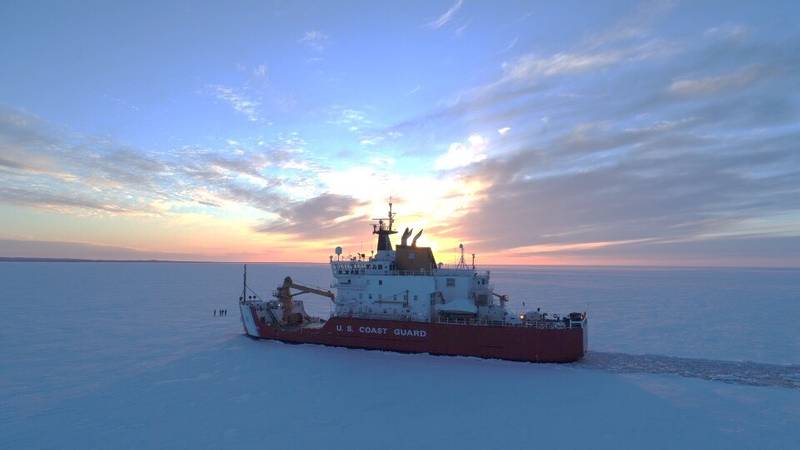 The Great Lakes Winter Commerce Act aims to increase Great lakes icebreaking capacity, which the lawmakers say will help the businesses and workers that rely on the maritime industry to transport their goods to market and grow the regional economy.

“In recent years, commerce on the Great Lakes has suffered due to a lack of icebreaking during cold weather months,” said Senator Young. “Roughly 28% of our nation’s annual economic output comes from the Great Lakes region, and our legislation will enable us to expand capacity to ship goods, create jobs, and strengthen the economy in Indiana and other Great Lake states.”

“Inadequate icebreaking capacity in the Great Lakes is costing us thousands of American jobs and millions in business revenue. We must boost our icebreaking capacity in the Great Lakes to keep our maritime commerce moving,” said Senator Baldwin, adding that the bipartisan effort will move the region closer to getting the sufficient icebreaking resources needed to support its maritime industry and mitigate climate-related events. “I will keep working with my colleagues to get this job done for Wisconsin businesses and workers.”

“Icebreaking in the Great Lakes is critical not just for Michigan’s economy and small business – but for our entire country. As we gear up for another winter, the importance of icebreaking is more vital than ever given the economic crisis caused by the Coronavirus pandemic,” said Senator Peters.

Icebreaking capacity in the Great Lakes supports more than 90 million tons of cargo annually. A study commissioned by the Lake Carriers’ Association found that during the 2018-2019 ice-season, businesses that depend upon the Great Lakes maritime industry lost over $1 billion in revenues because of delays caused by inadequate icebreaking. These economic losses resulted in the loss of over 5,000 jobs throughout the Great Lakes Region.

It also requires the USCG to coordinate with industry for icebreaking operations, report to Congress on the icebreaking season and submit an annual report of USCG activities during the previous winter’s icebreaking activities.

In addition, the bill requires the USCG to prioritize domestic icebreaking mission before breaking ice for Canadian harbors or bays, but allows for exceptions for missions related to safety of life.

The legislation defines “reasonable demands of commerce” as “the safe movement of commercial vessels transiting ice-covered waterways in the Great Lakes at a speed consistent with the design capability of Coast Guard icebreakers operating in the Great Lakes.”

“This historic bill will codify into law a long time Coast Guard mission that protects national and economic security. It provides Congressional direction and performance metrics. Currently, the Coast Guard interprets the ‘reasonable demands of commerce’ as meaning that an ice covered waterway is open until a second vessel is stuck in the ice for more than 24 hours as a result of another vessel’s inability to move. They only report to Congress ice restrictions in four connecting channels for the entire Great Lakes,” said Jim Weakley, President of the Lake Carriers’ Association.

“For too many years, inadequate icebreaking has unnecessarily risked the lives of sailors. Ships have been forced into collisions and groundings or have been sliced open by ice because no Coast Guard icebreakers were available to assist. The bill respects those risking their lives to keep our economy moving during the winter,” said John Clemons, Vice President of the Great Lakes Maritime Task force and American Maritime Officers Union National Vice President, Great Lakes.

“This bill supports jobs across the Great Lakes and the nation. It comes at a critical time as ports continue to move cargo vital to the economic recovery. Now, more than ever, predictable and dependable icebreaking is needed to ensure cargo can continue to move efficiently. It would be devastating to have another winter like 2019 when the economy lost $1 Billion and more than 5,000 jobs due to inadequate icebreaking,” said Steve Fisher, Executive Director of the American Great Lakes Ports Association.