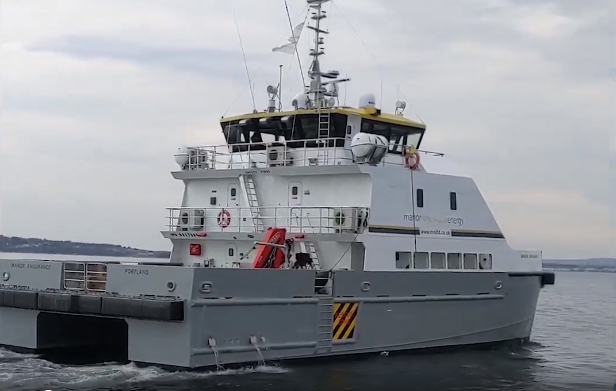 Manor Endurance is about to begin working on an undisclosed offshore wind project off the UK East Coast.

The naming ceremony and christening for the WFSV were held at the end of August at the Manor Marine facilities in Portland.

To remind, MRE revealed back in 2018 that it will design a sister vessel to Manor Venture.

The new vessel has a maximum speed of 23kn and a tank with a 34t capacity. It has seating for 24 passengers for high-speed transfer and accommodation for 14 personnel.