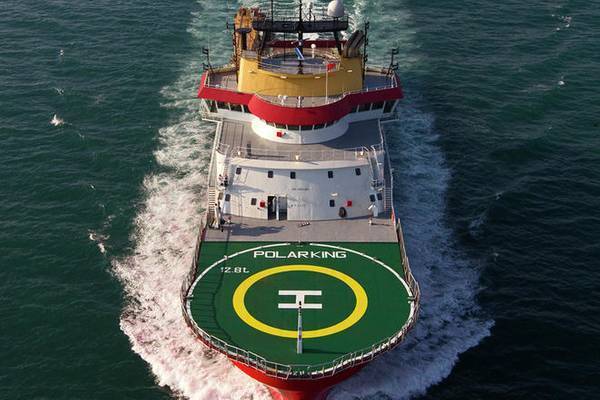 It has now been revealed that the 2011-built vessel was sold to the Greek-based Asso Group who took delivery of the vessel last week in Eydehavn, Norway.

The vessel, to be renamed Argo, measures 110m in length, 20m in beam, has a Gross Registered Tonnage of 7,238, and features an ROV Hangar housing 2 Perry Slingsby work-class ROVs, two moonpools and a 150T AHC offshore crane.

Asso said that the new name was selected after the ship which according to Greek mythology carried Jason and the Argonauts from Iolcos in Greece to Colchis in the Black Sea to retrieve the Golden Fleece.

This will be the second vessel in the Asso fleet to bear the Argo name.

“Following her successful name-sake predecessor, a true workhorse which tirelessly served under the Asso Group banner for 22 years until her retirement in 2018, the new Argo will now join her one-time fleet mate, Aethra (ex. Polar Prince), and the other high specification units of the Asso fleet, primarily assuming the role of a trenching support vessel on the Group’s various challenging power cable installation projects,” Asso said.