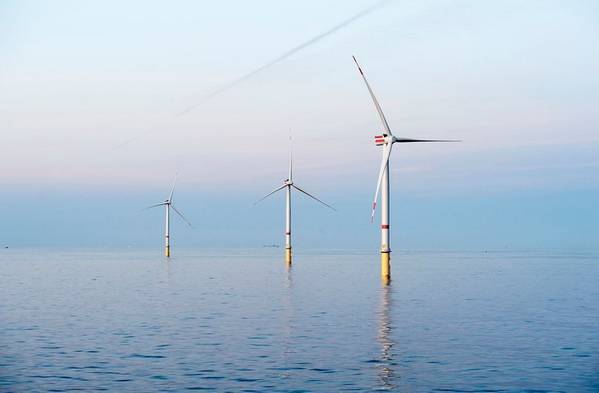 Once completed at the end of 2023, the 130MW offshore wind farm will generate enough electricity to power 70,000 homes.The power will be generated by twelve 11-MW Siemens Gamesa turbines. The wind farm site is located 35 miles east of Montauk Point, off Long Island, New York.

Fabrication of the project’s offshore substation is already in process. Ørsted and Eversource recently announced the selection of Kiewit Offshore Services, Ltd. (Kiewit), the largest offshore fabricator in the U.S., to design and build the substation for the project.

The 1,500-ton, 60-foot-tall substation will be built at Kiewit’s facility in Ingleside, Texas, near Corpus Christi. More than 350 workers across three states will support this South Fork Wind structure, which will be the first made in the USA offshore wind energy substation.

Offshore installation of the project’s monopile foundations and 11-megawatt Siemens-Gamesa wind turbines is expected to begin in summer 2023.

Martin Neubert, Chief Commercial Officer and Deputy Group CEO at Ørsted said: “The United States represents an important growth market for us, and with seven already-awarded US projects accounting for approximately 5 gigawatts of clean offshore wind energy, Ørsted is leading the growth of a new sustainable industry that will create jobs and economic development along the East Coast and across the United States.”

“With the joint final investment decision now in place, we have formally codified our commitment to New York’s first-ever offshore wind farm,” said Joe Nolan, President and Chief Executive Officer of Eversource Energy. “In less than two short years, South Fork Wind will provide enough clean energy to power more than 70,000 homes – helping New York reach its nation-leading clean energy goals and delivering good-paying local jobs to the state and region. We couldn’t be prouder that all the many years of careful planning and hard work by so many have now come to fruition.”