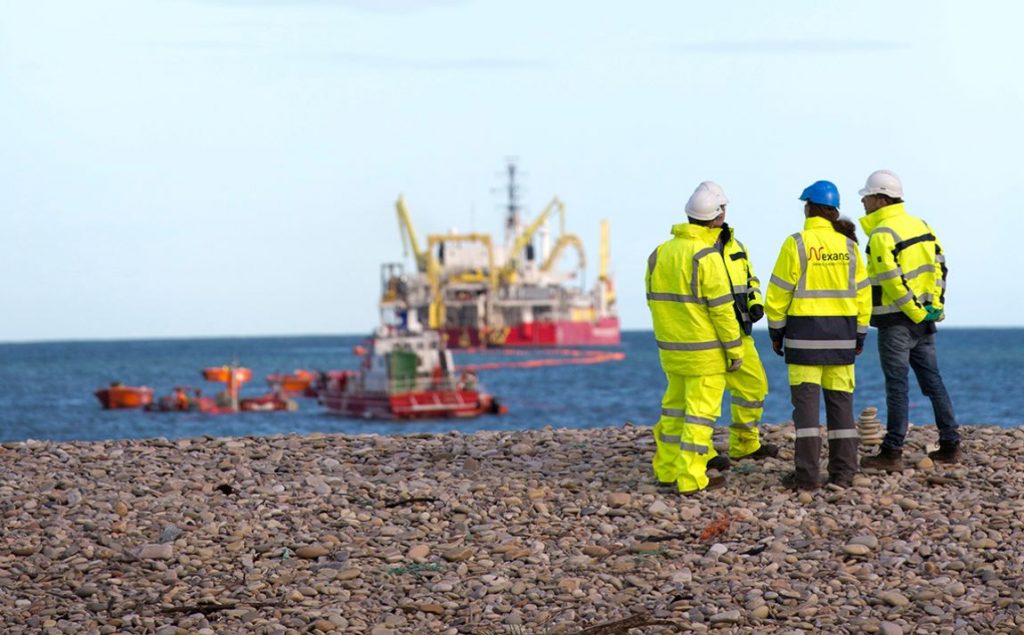 Nexans has won a turnkey contract with Ocean Winds to design, manufacture, install and protect the 220kV subsea and onshore export cable system for the Moray West offshore wind farm.

The Moray West project is an 860 MW offshore wind farm in the outer Moray Firth, located off the northeast coast of Scotland.

The cables will be manufactured at Nexans’ plants in Halden and Rognan, Norway, Charleston, USA, and Charleroi, Belgium, and installed by the cable-laying vessel Nexans Skagerrak. The onshore part of the project will be overseen and delivered by Nexans’ personnel based in Edinburgh, Scotland.

The Moray West is fully consented with construction expected to start in 2022. Completion is expected in 2024.

”The decision to select Nexans was made after an extensive procurement process,” Adam Morrison, Project Director for Moray West, said.

”Nexans have a strong track record and we are delighted to work with them on the next Ocean Winds project, Moray West. Nexans will deliver more world class high voltage cable for Moray West to ensure the project can reliably export green electricity to consumers across the UK. While Nexans have experience of utilising local contractors, the Moray West project team are working with Nexans to maximize the potential for the regional supply chain to secure sub-contracts, primarily supporting the onshore construction, including through Meet the Buyer events.”

”The UK has significant ambitions to develop the offshore wind market and this contract is another example of how Nexans can contribute its extensive experience and expertise to the renewable energy sector. We look forward to supporting this significant offshore windfarm project and helping Scotland and the broader UK to achieve its net zero ambitions,” Ragnhild Katteland, Executive Vice President Subse & Land Systems of Nexans, said.

The Moray West project is being developed by Ocean Winds, a partnership between EDPR and ENGIE for the purpose of offshore wind deployment. Lithuania’s Ignitis Group has a minor shareholding in the project.

The wind farm will feature up to 85 wind turbines installed over 22 kilometres from the coastline. The exact number of turbines is yet to be determined.