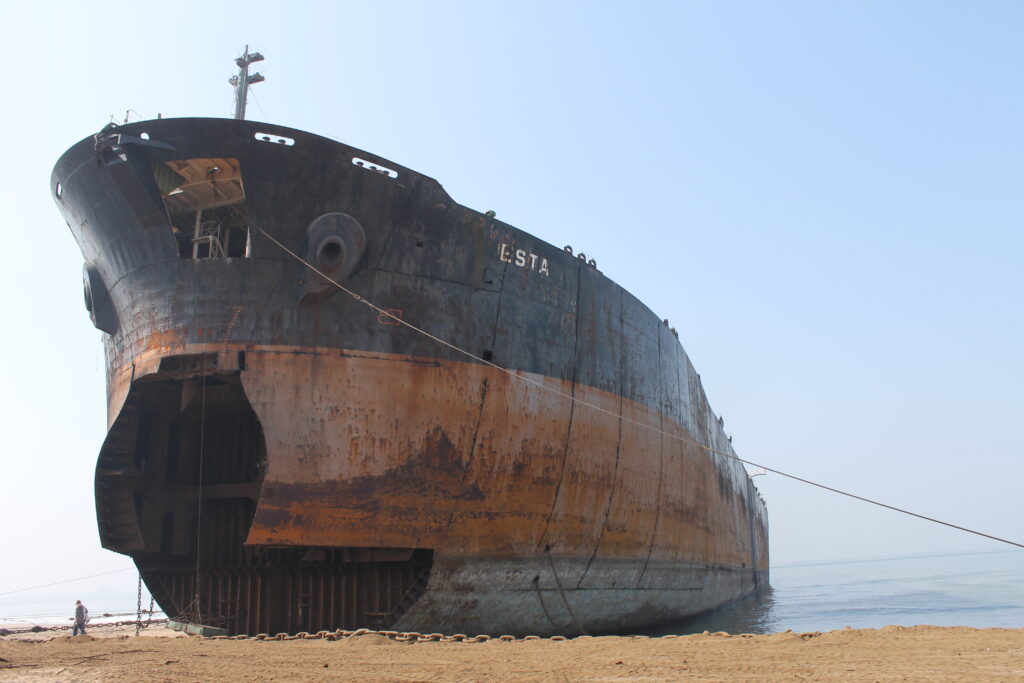 Greece and Bangladesh have been urged by NGOs to stop the “illegal” beaching of a ferry containing asbestos and other toxic materials.

The passenger/ro-ro vessel Princess (IMO 7347548) is heading towards the shipbreaking beaches of South Asia, in what has been described as a “clear violation” of European rules aimed at preventing the trade of toxic waste from the EU to non-OECD countries.

The ship departed Katakolon, Greece, in July and arrived on 22 August in Chattogram, Bangladesh, where is about to be beached.

Despite the fact that competent authorities were alerted that the ship was heading for scrap already in May, the unit was allowed to leave European territorial waters. Before its departure, the new owners changed the flag of the vessel from Cyprus to Togo, and then from Togo to Comoros, in what is a typical preparatory step prior substandard breaking, according to NGO Shipbreaking Platform.

In addition to the many hazardous materials typically found within the structure of ships and as operational residues, and that characterise end-of-life vessels as toxic waste, the Princess, which was built in 1974, likely contains large amounts of asbestos. The deplorable conditions at the shipbreaking yards in Bangladesh are well-known, and cause each year irreparable damage to workers’ health, local communities and the environment, the NGO added.

“According to the EU Waste Shipment Regulation, the Basel Convention and equivalent national laws, the export of end-of-life ships laden with asbestos and other toxic materials from Greece to non-OECD countries is banned,” Ingvild Jenssen, Executive Director and Founder of the NGO Shipbreaking Platform, said.

“We therefore urge Greek authorities to immediately call the vessel back for safe and environmentally sound recycling in line with Greece’s obligations under environmental legislation.”

Lately, the Princess performed ferry activities between Italy and Greece under the control of Greek company A-Ships Management SA. Its illegal export has also caught the attention of Interpol, which is understood to have issued a formal alert to Bangladesh authorities not to allow the import of the ship. In Chattogram, a legal notice challenging the beaching of the vessel has just been issued by the platform’s member organisation BELA.

It is not the first time this year that the platform has raised concerns with Greek and other European authorities concerning the toxic trade of passenger ships. In March, three cruises were illegally exported from Europe.

Out the 204 ships broken in the first quarter of 2021, 155 ships were sold to the beaches of South Asia, notorious for poor work safety and environmental practices, the platform earlier said in a report.