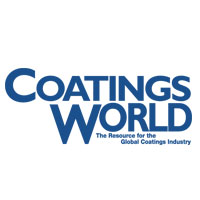 IMCD Group, a distributor of speciality chemicals and ingredients, announced the appointment of Nicolas Kaufmann as Americas President for IMCD effective July 1, 2022.

This announcement follows the approval of Marcus’ newly appointed role as COO and member of IMCD’s Management Board.

With nearly 20 years of international business and management experience in the business-to-business world, Nicolas’ multicultural career includes the development of new markets in the Americas, successful mergers and acquisitions, business optimization and a vast network of global business partners through his work experiences in Germany, Mexico and Brazil. He joined IMCD Brasil as Managing Director in 2019.

As president of IMCD’s Americas region, Nicolas is responsible for all operating companies within the Americas, with a focus on stimulating growth through the development of supplier partnerships, market expansion (organic and acquisition), optimizing operational excellence and driving forward the region’s digitization and sustainability goals.

A native of Argentina, Nicolas will be based in the Miami metropolitan area of the U.S. upon transitioning into his new role. IMCD operates in nearly 30 countries throughout the Americas region and has offices in Brazil, Canada, Colombia, Costa Rica, Dominican Republic, Mexico, Peru, Puerto Rico and United States.