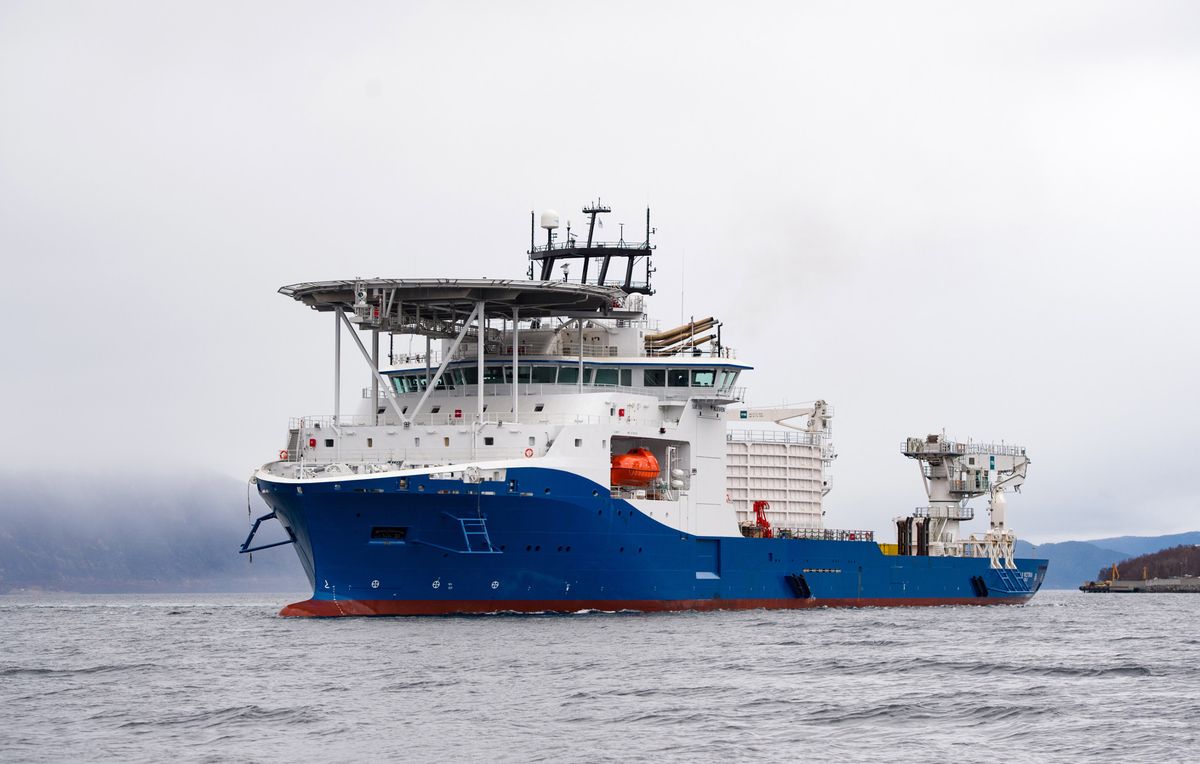 The work started on 17 April and will be performed on a continuous basis in two campaigns until approximately 2 June.

The first campaign includes the installation of concrete mattresses at the Langeled and SEAL pipeline crossing, prior to cable installation.

A guard vessel will be in place at the crossing location as soon as the mattresses have been installed.

Starting from the landfall site, NKT Victoria will then surface lay the first export cable in a seaward direction. After completing the first cable lay, the vessel will leave the site to pick up the second cable.

Located more than 130 kilometers off the North East Coast of England, Dogger Bank Wind Farm is being developed in three phases – Dogger Bank A, B, and C – and each phase will have an installed generation capacity of up to 1.2 GW.

NKT is in charge of delivering the export cables for all three project phases.

Once all phases are complete, which is expected by March 2026, Dogger Bank will be the largest offshore wind farm in the world. SSE Renewables is leading on the development and construction and Equinor will operate the wind farm for its expected operational life of around 35 years.