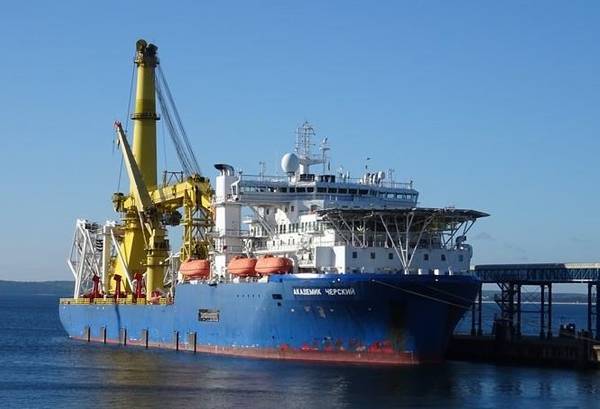 According to the ship tracking data, the vessel is due to arrive at Mukran port – where pipes for the Nord Stream 2 are stored – on Tuesday Oct. 27, having been near the Russian port of Kaliningrad since early October.

The $11 billion Nord Stream 2 gas pipeline, which Moscow wants to build on the bed of the Baltic Sea to Germany to double the existing Nord Stream pipeline’s capacity, has become a focal point of Russian tensions with the West.

Critics of the pipeline say it will increase Europe’s reliance on Russian gas. The Kremlin last week said that U.S. sanctions targeting the project were unfriendly and destructive.

Construction of the 1,230 km pipeline is nearly finished but a final stretch of about 120 km in Danish waters still needs to be laid.