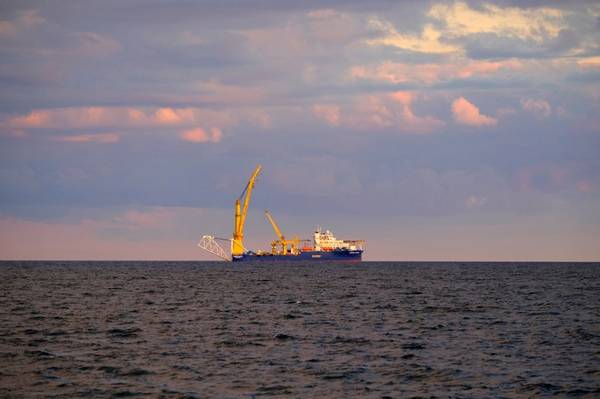 The much-politicized Nord Stream 2 undersea gas pipeline from Russia to Germany is 99% complete, the pipeline operator said on Wednesday, after the pipelay vessel Akademik Cherskiy finished its initially planned workload.

The $11 billion Nord Stream 2, designed to bypass Russia’s political foe Ukraine and double the capacity of the existing Nord Stream pipeline to 110 billion cubic meters per year, has been a focal point of tensions between Moscow and Washington.

The construction of the pipeline has been hampered by sanctions introduced by the United States at the end of 2019, political tensions and Washington’s plans to boost sales of its seaborne liquefied natural gas to Europe.

The Nord Stream 2 operator also said on Wednesday the pipelay barge Fortuna was currently continuing work on the remaining part of the pipeline.

Despite long-standing U.S. objections to the project, President Joe Biden’s administration concluded that it was too advanced to stop. Germany, which strongly backs the pipeline, and the United States announced last week what amounted to a truce over the issue.

Nord Stream 2 should be finished in late August and enter service this year, the company running the project said earlier this month.