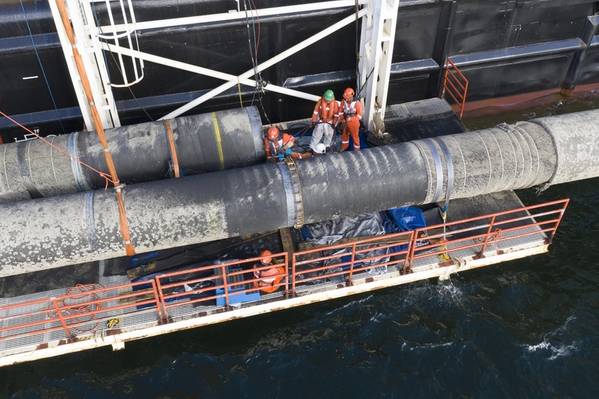 “We hope that construction works on Nord Stream 2 will be completed by the end of this year,” Novak told reporters of progress on the pipeline, which will allow Russia to ship more gas to Western Europe while bypassing Ukraine.

The United States last month waived sanctions on the company behind the pipeline to Germany, a move opposed by critics of the project in the U.S. Congress, but welcomed by the Kremlin.

However, environmental group Deutsche Umwelthilfe said on Wednesday it had applied for Nord Stream 2’s construction and operating permit to be revoked on climate protection grounds, based on a ruling by Germany’s top constitutional court.

The Nord Stream 2 project, led by Gazprom with its Western partners, aims to deliver Russian gas to Germany but has long been opposed by Washington which says it would dangerously increase Moscow’s regional clout.

The pipeline would bypass Ukraine, potentially depriving it of lucrative transit revenues at a time when Kyiv is locked in a confrontation with Moscow, although the Kremlin says it would continue to use Ukraine as a gas transit country.