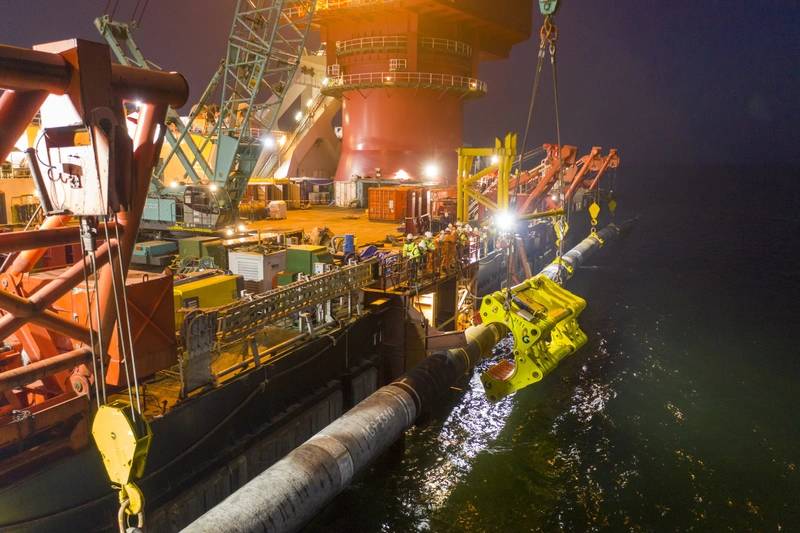 The suspension of the approval process for the Russian Nord Stream 2 pipeline by a German regulator could be short-lived as Europe is hungry for more gas, an analyst said on Monday after meeting officials of Russian state gas giant Gazprom.

Last week, Germany’s energy regulator temporarily halted the certification process for the new pipeline that will carry Russian gas into Europe, throwing up a new roadblock to the contentious project and driving up regional gas prices.

German government sources told Reuters that the suspension could delay commissioning of the infrastructure until next March.

The German regulator said certification was being temporarily halted because under German law the Swiss-based consortium behind Nord Stream 2 first needed to form a German subsidiary company to secure an operating licence.

Ronald Smith, an analyst at Moscow-based BCS brokerage, told Reuters following a call with Gazprom senior managers that that may only take a few weeks and that Gazprom – which is leading the Nord Stream 2 project – had not been surprised by the delay.

“It seems to have been a suggestion by the regulator for Nord Stream 2 to establish a German entity, and looking at the announcement, they will proceed with the approval process once the registration is done. My guess, it may take two to three weeks,” he said.

“The suspension of the approval by the German regulator was not a surprise for Gazprom. The Germans want to get the approval done, they are in the middle of an energy crisis,” he said.

The German regulator, the Bundesnetzagentur, did not respond to a request for further comment.

Gazprom and Nord Stream 2 both declined to comment on the expected start date for gas exports via the link. The Russian government has said it did not believe that politics were behind the suspension.

A source at Gazprom said the company was willing to work in line with the legal requirements. Gazprom is unlikely to start exporting gas via the link before it gains regulatory approval, the source said.

Natural gas prices have been volatile in Europe in the past week, since the suspension of the approval process and due to COVID 19-related lockdowns and the subsequent impact on energy demand.

The benchmark Dutch front-month contract was down 4.4 euros at 82.10 euros per megawatt-hour on Monday. “Corona fears are highlighted heavily now,” a gas trader said.

Gas flows via the Yamal-Europe pipeline into Germany at the Mallnow metering point on the Polish border were at an hourly volume of 11,763,536 kilowatt hours (kWh) as of 1310 GMT, down from more than 12,000,000 kWh in the morning and over the weekend.

Nominations for Monday’s volumes at the Velke Kapusany metering point on the Slovak-Ukraine border, another major route to Europe, were for 986,456.8 MegaWatthours, or 90.8 million cubic meters, a touch lower than over the weekend.