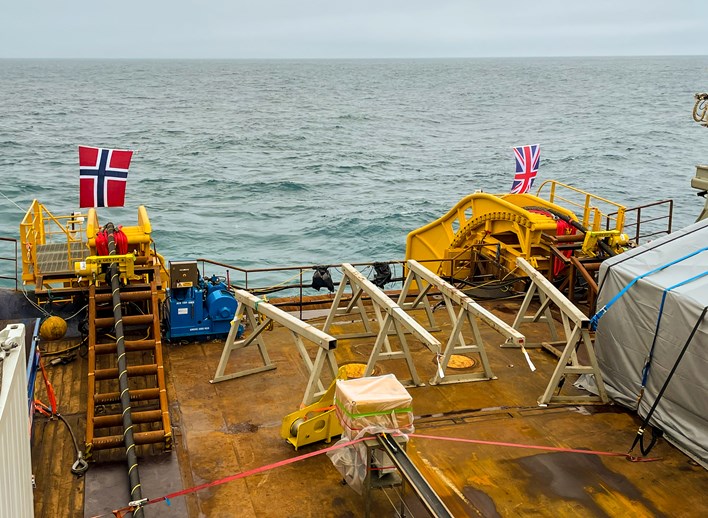 Construction of the 720-kilometer North Sea Link that will exchange power between the UK and Norway has been completed.

The testing of the power link is set to begin in the coming days and trial operation will start on 1 October, Statnett informed.

When testing kicks off, the grid operators will begin by sending 700 MW along the cable both ways, before ramping up to full voltage by September.

What is said to be the world’s longest submarine cable has now been connected, lowered into the sea, and placed on the seabed. The last part of the operation consists of a remote-controlled burial of the cable for protection.

The link runs between the Suldal municipality in Norway and the Newcastle area in England.

According to Thor Anders Nummedal, project director at Statenett, this was a challenging process since a special floating platform and a 2,300-meter long tunnel had to be built to lay the cables.

“When it is windy in England and wind power production is high, we in Norway can buy reasonable power from the British and leave the water in our reservoirs. When there is little wind and a greater need for power in England, they can then buy hydropower from us”, says Nummedal.

The North Sea Link cable connection is a collaboration between the UK’s National Grid and Statnett in Norway. The plan is to have it operational in 2024.

“This is an important collaboration between the UK and Norway to get the most out of our total renewable energy resources that provide benefits in both countries“, says Nigel Williams, project director at National Grid.