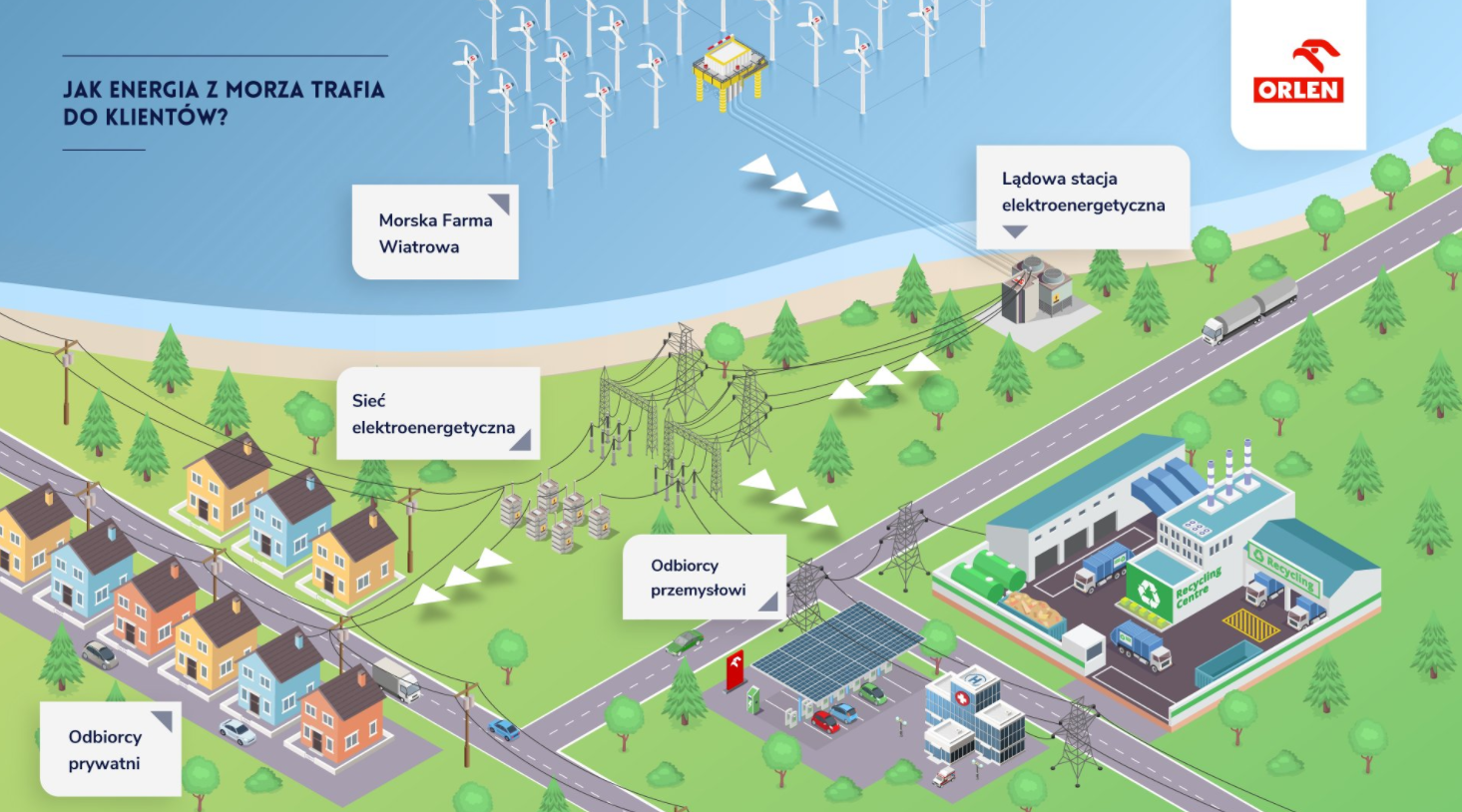 Canadian energy company Northland Power and Poland’s PKN ORLEN have entered into an agreement under which Northland Power will acquire a 49 per cent stake in the 1.2 GW Baltic Power offshore wind project in Poland.

Northland expects to invest approximately PLN 290 million (€ 64 million) in the Baltic Power project in 2021, including the purchase price and development expenditures that will be spent throughout 2021. The contract, which is awaiting final regulatory approvals, will run for 35 years, after which it will enter an indefinite period.

The Baltic Power offshore wind farm, located approximately 23 kilometres off the Polish coast in the Baltic Sea, has already secured its location permit, signed the grid connection agreement, and filed its environmental permit.

Construction activities are scheduled to start in 2023 with commercial operations expected in 2026.

At the beginning of this month, PKN ORLEN appointed Offshore Wind Consultants (OWC) as the technical advisor for the 1.2 GW project.