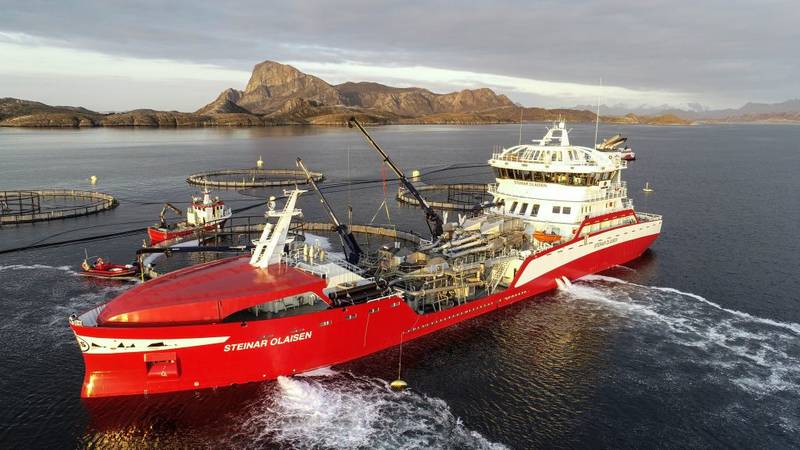 The Norwegian fish farming company Nova Sea and the well boat operating company North Salmon Services will collaborate with Gen2 Energy regarding the use of green hydrogen as a fuel for their ships.

The parties have entered a Letter of Intent for exploring different opportunities for zero-emission vessels.

Nova Sea is a fish-farming company, producing 50 000 tons of salmon a year. The company operates some 50 smaller boats and 2 larger well-boats through the well boat operating company North Salmon Service.

The company has the ambition to become carbon-free in marine operations by 2050.

Nova Sea already has two electric boats and is now considering hydrogen for other ships/boats in the fleet. Gen2 Energy, also based in Norway, describes itself as a company dedicated to developing, building, owning and operating an integrated value chain for green hydrogen.

The company’s target is to have several large-scale production facilities for green hydrogen, making it easy and cost-efficient for consumers to adopt green hydrogen.

Nova Sea plans to use green hydrogen as a fuel for its ships, both considering hydrogen combustion and fuel cell-based electric propulsion.

“We want to work to ensure that all future investments in well boats use sustainable propulsion solutions,“ says Stian Amble, Head of feed and sustainability in Nova Sea.

“We are pleased to sign this agreement with Nova Sea, as Gen2 Energy continues to focus on green hydrogen in maritime applications. To work with our neighbor company in Sandnessjøen, and potentially use hydrogen to reduce CO2 emissions in vessels operating along the Norwegian coastline in one of our largest industries is highly exciting,” says Jonas Meyer, CEO in Gen2 Energy.

The parties said they would explore different opportunities within the collaboration, such as potential rebuilds of existing well boats and smaller work vessels and/or newbuilds. The hydrogen bunkering port is planned to be built in Sandnessjøen.