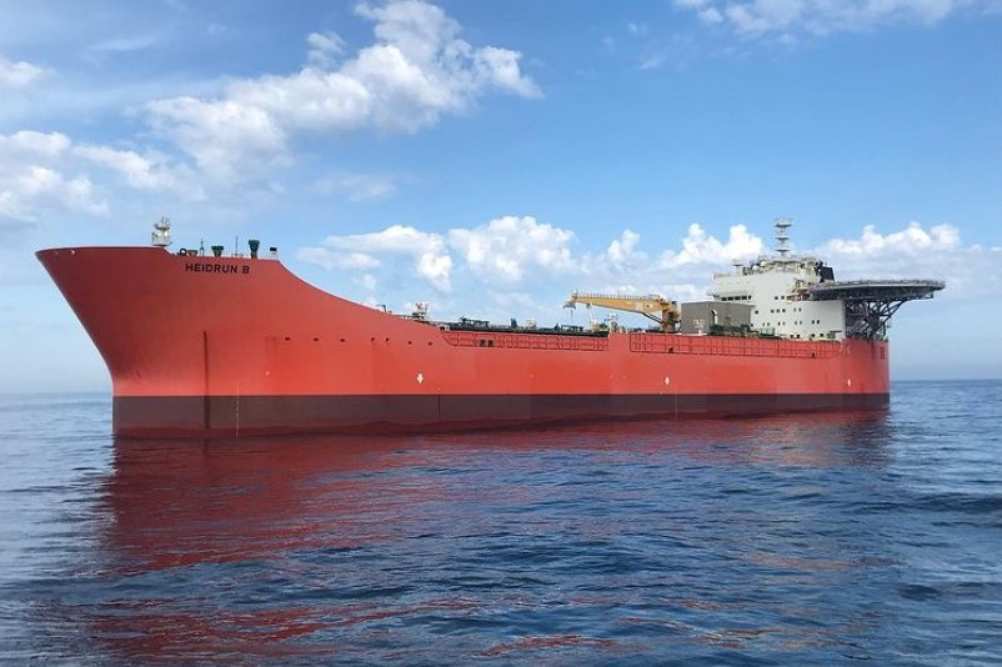 Norway-headquartered ship management and maritime services provider OSM Offshore has been tasked with carrying out upgrade modifications on a floating storage unit (FSU), which is deployed at an Equinor-operated field in the Norwegian Sea.

OSM Offshore revealed recently that it has been awarded a “large offshore contract” for the overall upgrade modifications of the Heidrun B FSU from Norway’s state-owned energy giant Equinor.

Currently operating at the Heidrun field at the Halten bank off the coast of mid-Norway, the Heidrun B vessel was delivered from Samsung Heavy Industries Korea and set in operation in 2015.

At the time, Statoil – now Equinor – hired OSM Offshore to operate the Heidrun FSU for a period of six years and this deal also included options for a further extension of up to 13 years. The FSU was designed and constructed with the use of maritime specifications and DNV Class.

Furthermore, OSM Offshore informed that it has been chosen to continue to be responsible for the operation and maintenance of the Equinor-operated FSU. In addition, the company will act as a technical authority and ensure the technical integrity of this unit.

Moreover, the Norwegian ship management and maritime services provider will carry out – what it describes as – extensive upgrade modifications of the vessel while operating offshore at the Heidrun field as a storage unit for the oil production at the field.

To this end, OSM Offshore has established a partnership with Odfjell Technology for the management and completion of these upgrades. The company also stated that this project and operation of the Heidrun B FSU will be managed from its office in Arendal.

To remind, Equinor exercised a two-year option on the platform drilling contracts for Heidrun and Johan Sverdrup in February 2022, allowing Odfjell Drilling and its spin-off Odfjell Technology to continue carrying out operations on these platforms.

The Heidrun field – located in the Norwegian Sea – was discovered in 1985 by Conoco and has been producing oil and gas since October 1995 from a floating tension leg platform with a concrete hull while the north flank of Heidrun was brought on stream in August 2000.

The gas from Heidrun is piped to Tjeldbergodden in mid-Norway and provides the feedstock for Equinor’s methanol plant there. After the field was tied to Åsgard Transport in 2001, Heidrun gas is piped a total distance of roughly 1400 kilometres through this trunkline to Kårstø north of Stavanger and on to Dornum in Germany.