Posted by tesla@jabvertising.com on June 30, 2021 | Featured

Low-carbon infrastructure developer Cerulean Winds has named NOV as the first of its delivery partners for the fabrication of its proposed integrated 200-turbine floating wind and hydrogen development off the coast of Scotland.

As previously reported, the company earlier this month filed plans to develop a $14 billion, 3GW floating wind turbine project at sites West of Shetland and in the Central North Sea, feeding power to the offshore oil and gas platforms and excess 1.5 GWh power to onshore green hydrogen plants.

According to Cerulean, its project, if approved and built, would be able to electrify the majority of current UKCS assets as well as future production potential from 2024 to reduce emissions well ahead of abatement targets.

Under the agreement announced Tuesday, NOV – previously known as National Oilwell Varco – will be the exclusive provider of floating and mooring systems in support of the project.

“NOV, one of the largest providers of marine equipment and wind vessel designs in the world, has more than 20 years of experience in the offshore wind sector and unrivaled expertise in the installation and maintenance of floating structures in the energy space. Its participation as a delivery partner confirms the viability of Cerulean Winds’ trailblazing proposal,” Cerulean said.

Cerulean Winds is led by Dan Jackson and Mark Dixon, who have more than 25 years’ experience working together on large-scale offshore infrastructure developments in the oil and gas industry.

“We are very pleased to announce NOV’s involvement with the project,” said Dixon. “As the largest and most qualified provider of marine equipment and wind vessel designs working in this space, the experience and knowledge they will bring to a project of this magnitude is second to none. Having them on board brings the scheme a step closer to reality. 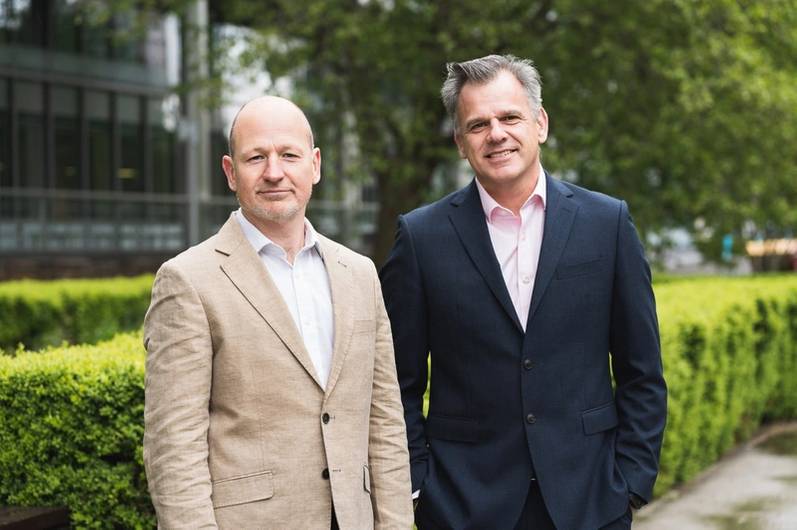 Dixon said: “We have a number of Tier 1 delivery stakeholders signed up. We can’t disclose who they are at this stage, but they are some of the largest providers in the world, with the scale and capacity to deliver and we look forward to making further announcements over the coming months.”

Joe Rovig, President of NOV Rig Technologies, added, “We are very excited to partner with Cerulean on this groundbreaking proposal, which will leverage NOV’s core competencies as well as our UK and European infrastructure and personnel in a key energy transition project, which will drive major progress in the goal of decarbonizing the Offshore UK sector.

“NOV is eager to demonstrate our abilities as one of the key partners and household names in the global energy transition, just as it has been for decades in the traditional oil and gas industry.”

Targets set out in the recently published North Sea Transition Deal call for a reduction in offshore emissions by 10% by 2025 and 25% by 2027. To achieve that, preparatory work must begin now if those targets are to be met. Failure to do so undermines the objectives of the Deal, Cerulean said.

“If it gets the go-ahead, the £10 billion Cerulean Winds project has the capacity to generate enough power to electrify the majority of assets in the UKCS to meet and exceed those targets within the timescale,” the company added.

However, Cerulean said, the timing involved in gaining approvals for the project is critical. 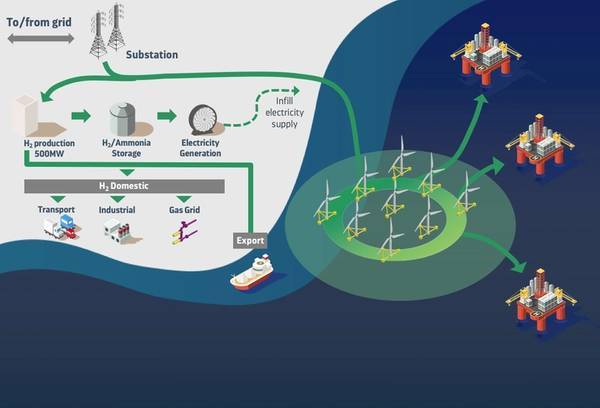 Credit: Cerulean“Cerulean Winds has submitted a formal request to Marine Scotland for seabed leases, and these must be granted by Q3 in 2021 to target financial close in Q1 2022 and to begin construction soon after so that the infrastructure is in place by 2024-2026,” the company said.

“To support this, the venture is calling on the Scottish and UK governments to make an “exceptional” case to deliver an “extraordinary” outcome for the economy and the environment,” Cerulean added.

“The UK has set world-leading targets to progress energy transition, but to achieve them there must be a greater sense of urgency and joined-up thinking,” said Jackson. “If assets don’t reduce their CO2 emissions by the mid-2020s, increased emissions penalties through carbon taxes will see many North Sea fields become uneconomical and move them towards decommissioning by the end of the decade at the cost of thousands of jobs.

“That would seriously compromise the UK oil and gas industry’s role in homegrown energy security. It must remain a vital element in the transition journey for decades to come, but emissions have to be cut significantly to make the production greener.

“This project will accelerate that process enabling assets to not only cut their emissions in line with targets but to greatly exceed them. There are no other proposals currently in the pipeline with the scale and capacity to deliver that result, but to achieve it, the process must begin now, which is why a favourable decision on seabed leases by Q3 2021 is essential.”

Cerulean said its project would secure 100% availability of green power to offshore platforms at a price below current gas turbine generation through a self-sustained scheme with no upfront cost to operators.

Cerulean is targeting a financial close in Q1 2022.  The company is being advised by Société Générale and Piper Sandler.