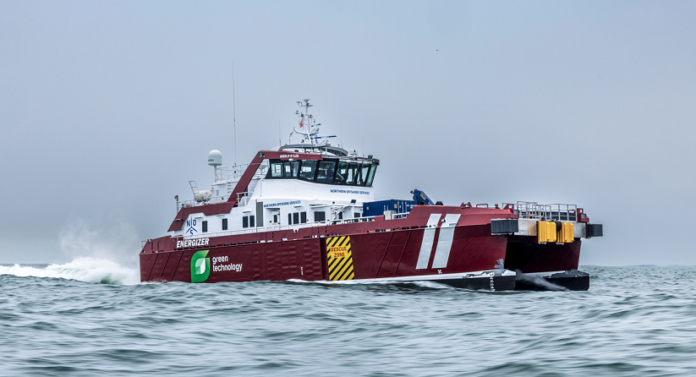 The CTV, which is named Energizer, is owned by NYK and is being chartered to NOS through a long-term bareboat charter contract to transfer crews to offshore wind power stations, mainly in Europe, under the operation of NOS.

NOG operates about 60 CTVs in the offshore wind power market in Europe. NYK and NOG signed an MoU in December 2019 to explore a CTV business related to offshore wind power generation. This bareboat charter contract is a partial development of that MoU and will be the first CTV owned by NYK.

As an owner of a CTV and participant in this business, NYK will dispatch its marine engineers to NOS to engage in operation and ship management.

In addition, NYK is preparing to expand its domestic CTV business by strengthening cooperation with partners in each region, such as collaboration with Akita Eisen KK, which is the only towing company in Japan’s Akita prefecture, and a cooperation agreement with Akita Prefecture.