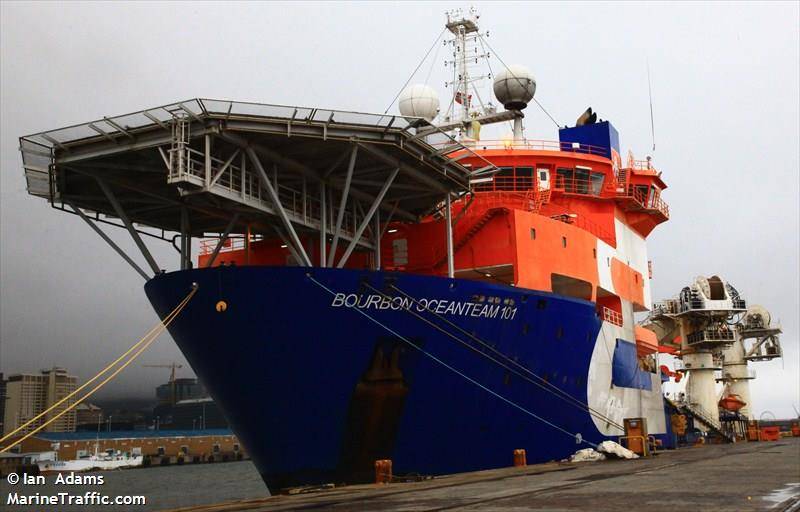 Oceanteam and Bourbon have signed a deal to sell their jointly owned construction support vessel Bourbon Oceanteam 101 to an unnamed buyer.

“The sellers and undisclosed buyers have entered into an NSF agreement for the sale of the vessel, the delivery of which will take place in July 2021,” Oceanteam said.

Keesjan Cordia, Oceanteam’s Chairman of the Board said: “Following the sale of CSV Southern Ocean in April 2021 this sale is another significant and final milestone transitioning away from the conventional offshore shipping industry.

“The sale of the assets will relieve Oceanteam from its liabilities, create additional liquidity and  establish a solid platform to follow through on the earlier advised more sustainable strategy including the potential merger with Passer AS and key focus on the high-growth offshore renewable market.”

Bourbon Oceanteam 101 was delivered in by Metalships in December 2007, when it embarked upon a three-year contract, operating as a field support vessel with BP Angola for the company’s Greater Plutonium Field development (in Block 18).  The 125-meter long vessel can be used for field support, construction, installation, and IRM support.

While Oceanteam did not disclose the transaction price, VesselsValue estimated the ship at $10.7 million just days before it was sold.