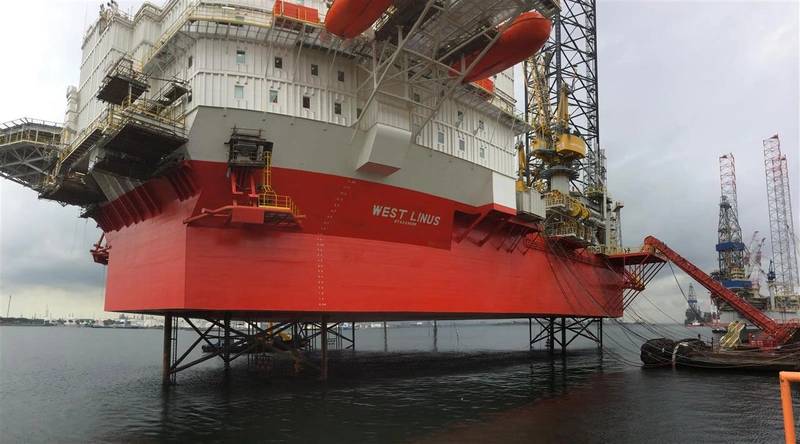 SFL Corporation, the owner of the West Linus jack-up drilling rig, has signed a rig management deal with offshore drilling firm Odfjell Drilling for the provision of management services for the harsh-environment unit.

The rig, delivered in 2014, is currently operated by a subsidiary of Seadrill Ltd. and employed on a long-term drilling contract with ConocoPhillips in the Norwegian section of the North Sea, with the contract running until the fourth quarter of 2028.

In February 2021, Seadrill and several of its subsidiaries, including the current operator of West Linus, filed Chapter 11 cases in the U.S. Bankruptcy Court for the Southern District of Texas.

“In connection with Seadrill’s expected emergence from Chapter 11 in the near term, the parties have now agreed that the drilling contract with ConocoPhillips Skandinavia AS will be assigned from the current operator to an SFL subsidiary,” SFL said and added that it has simultaneously entered into an agreement for the operational management of the rig with a subsidiary of Odfjell Drilling.

“The change of operational management from Seadrill to Odfjell is subject to customary regulatory approvals relating to operations on the Norwegian Continental Shelf. Until the approvals are in place, Seadrill will continue the existing charter arrangements for a period of up to approximately nine months. The bareboat charter rate from Seadrill in this transition period will be approximately $55,000 per day,” SFL said.

“Upon effective assignment of the drilling contract, SFL will receive charter hire from the rig and pay for operating and management expenses,” SFL added.

Under the contract, the rig is earning a market-adjusted rate which is based on market developments for similar jack-up rigs in the North Sea, and is adjusted on a semi-annual basis. The current day rate and remaining contract length imply a charter backlog of approximately $500 million, SFL said.

Odfjell Drilling said that it expected to take over the rig no later than October 1, 2022.

Simen Lieungh, CEO of Odfjell Drilling AS said in a comment: “Today we are engaged in platform drilling operations for ConocoPhillips in the Greater Ekofisk Area. The addition of the West Linus management contract will strengthen our long-term co-operation and we look forward to providing safe and efficient operations to ConocoPhillips.””