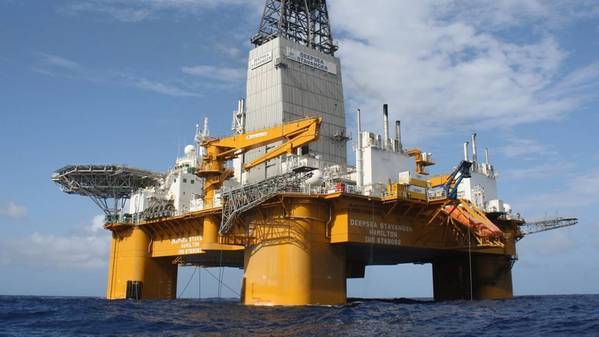 The contract was first announced in May 2021, when it was shared that the contract value for the sixth generation rig was estimated at around $40 million for the firm part of the deal, under which Equinor will use the offshore rig to drill three exploration wells in the North Sea, which is expected to take four months.

Drilling services and other additional services, such as running casing, treatment of wastewater, handling of cuttings, remotely operated vehicle (ROV), and fuel, are included in the contract.

“We are happy to announce that our MODU Deepsea Stavanger has successfully commenced its contract with Equinor. We look forward to delivering safe, efficient, and world-class operations as One Team!,” Odfjell Drilling said Tuesday in a social media post.

Deepsea Stavanger is a sixth-generation dual derrick, dynamic-positioned, deepwater semi-submersible, designed for operations in harsh environments and at water depths of up to 3,000 m. It can accommodate 190 people.

Worth noting, the Norwegian Petroleum Directorate (NPD) said Monday it had granted Equinor a drilling permit for the exploration well 34/4-17, located in the North Sea. Equinor will use the Deepsea Stavanger for the well.

The Petroleum Safety Authority Norway granted its own license to Equinor for the drilling of the  34/4-17 S well in the block back in December 2021. PSA said at the time that the name of the prospect was Statfjord Kile.