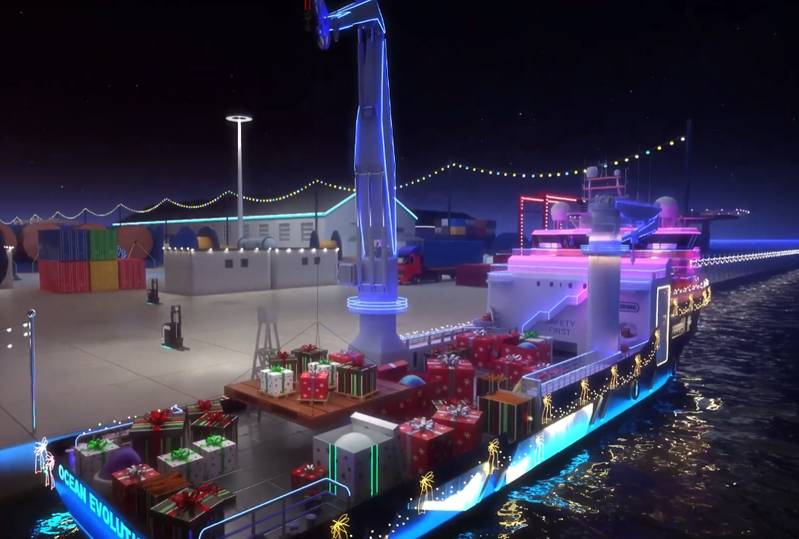 The festive season feels somewhat muted this year as, globally, we all grapple with the Coronavirus pandemic.

But there is some cheer in the gloom. The annual round of Christmas-themed videos and animations are doing the rounds, albeit perhaps with a few less this year than previous years.

Remaining, yet again, in the top two positions in the OE Festive Pops chart are Subsea 7 (with a video from its Seaway 7 business unit) and Oceaneering. This year, Oceaneering clinches it. It’s video neatly weaves together its business streams, across theme park ride themes, automated logistics and subsea engineering to deliver two subsea, starfish-clad snowmen.

While Oceaneering avoids Covid transmission through the use of automation, Seaway 7 introduces this year’s overriding theme by putting facemasks on the angler fish which are now an annual feature of its holiday-season animation.

Another focusing on automation – so show how Santa will get everyone’s Christmas presents out, without breaking any Covid rule or restriction – is the OGTC’s animation, which mixes digitalization, remote operations, and automation to (although I hope Santa will deliver more than an OGTC logo!).

STATS Group, meanwhile, has revealed its secret to on-time delivery – they have elves working on their pipeline isolation technologies for them (socially distanced of course)! Do the elves have a union, one wonders?

Teledyne has gone all out for an in-person message. It has a whole string of videos with festive messages from its team across the globe – a raft of people and messages to pick from. Where to start??

The operators’ festive video messages are all a bit, er, too on-message (with the far too generic video music background). It’s the holiday season, time for fun, not CSR! Nevertheless, we liked Repsol’s tour of the energy system and include BP’s purely out of interest that they’ve only shared a Spanish festive video on their YouTube channel.

Last but not least (and certainly not the least most ‘out there’) is Aker BP ASA’s video. I believe it’s a take on a vintage classic, Dinner for one, first broadcast in 1963, and itself requiring a whole load of explanation.

It’s English, with English actors, but is a send up of the German Silvester tradition – a new years’ eve tradition – and has become a ‘must watch’ for Germans on this day. In turn, Aker BP has done its own take on this short film, where Sophie is more like a pantomime dame and the butler is a sumo wrestler. Scroll down to watch it for yourself and make your own mind up!

Felices fiestas to all!

Dinner for one – original with Freddie Frinton and May Warden

Have we missed a festive video you think should be in the OE Festive Pops? Let us know!