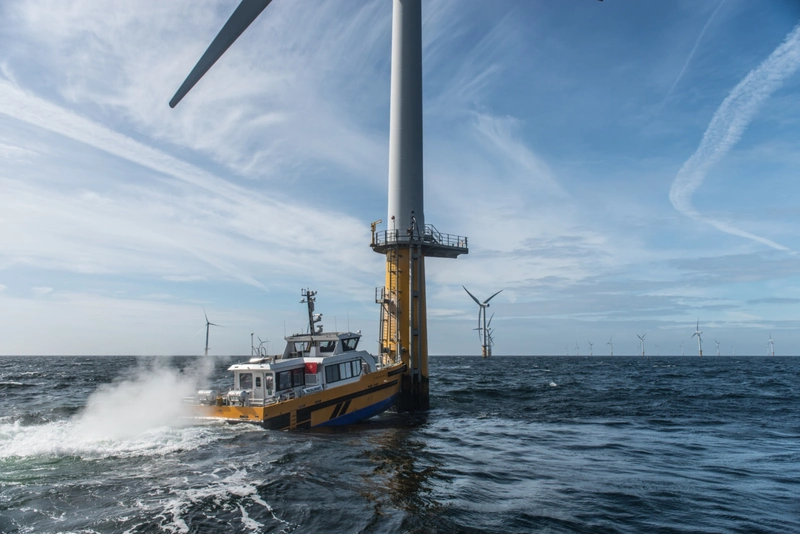 A project has been launched in the UK to explore the viability of developing an offshore charging facility for vessels as part of the industry’s efforts to decarbonize its vessel operations.

The technology would allow electrified vessels, such as Crew Transfer Vessels (CTVs) and Service Operating Vessels (SOVs), to dock and recharge whilst operating offshore, giving them greater range and bigger operating windows. The charging vessel would, in turn, draw power from wind farms at times of low demand, storing it in onboard batteries, ORE Catapult said in a statement Thursday.

Having a charging capability offshore should bolster an owner/operator’s confidence to invest in electrified vessels, which will have greater flexibility to operate in the field for longer periods, supporting a reduction in operations and maintenance costs.

“Decarbonizing the offshore fleet is vital if the UK is to meet its net-zero targets by 2050. The project partners will also explore the potential for the charging vessel to store modular battery units that could be swapped for the used battery on the operating vessel,” ORE said.

According to the developers, the project has already attracted significant interest, with confirmed backing from industry advisers, including Vattenfall Networks, Vattenfall Renewables and the Workboat Association (WA).

“The consortium is also hoping to advance to the second phase of the Sustainable Innovation Fund, potentially accessing £3m of grant funding to undertake a detailed design and demonstration of the charging vessel,” ORE said.

Stuart Barnes, Regional Partnership Manager at ORE Catapult, said: “ORE Catapult recognizes the strong industry demand for clean maritime solutions to help the industry reduce its emissions during the operations and maintenance of offshore wind farms. Early indications suggest that electric and hybrid CTVs are gaining popularity among operators and an important enabler to unleash their full potential is the capability to charge offshore. Delivering this capability requires a number of technical, commercial and regulatory barriers to be addressed and ORE Catapult is pleased to be working with this group of highly skilled UK SMEs involved in bringing forward this innovation.”

Leo Hambro, Director at Tidal Transit said: “As a vessel operator actively pursuing net-zero maritime operations, we believe that offshore charging capability is an important enabler to the rapid deployment of electric and hybrid electric vessels in offshore wind. As such we take a great interest in this emerging technology and we’re very pleased to be providing direct support to the development of this important innovation.”