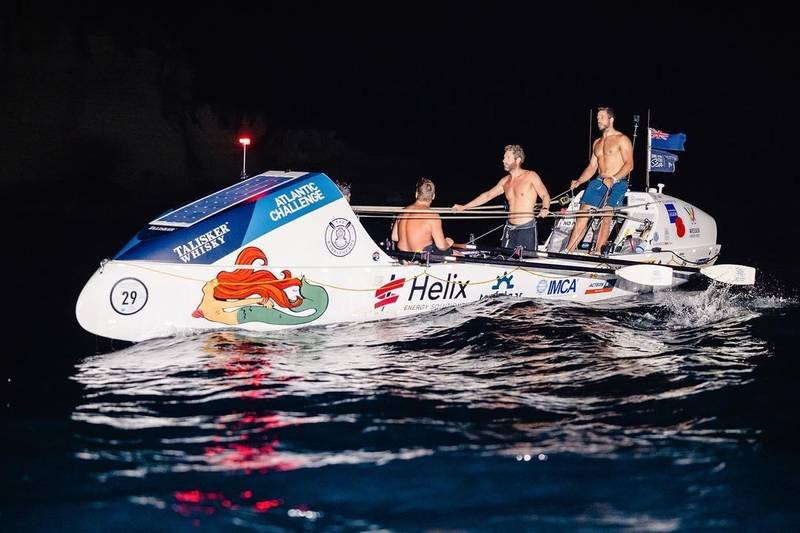 A group of four saturation divers from the U.K. recently rowed across the Atlantic Ocean to tackle a challenge of lifetime while raising money for a local cancer charity.

The team, which calls itself The Bubbleheads, said the initial idea to take on the challenge came when three of the men witnessed the arrival of the winning boat on a trip to Antigua in 2018.

“Stood shoreside, the three friends all agreed it was a challenge worth doing but they were all naturally hesitant; this is a challenge that would once again take them away from their friends and families when they already spend so much time away for work,” The Bubbleheads wrote on their website.

“The pivotal decision-making moment came when team member James told the crew how he wanted to find a way to raise money for Wessex Cancer Trust. The charity provided him and his family endless support over the last six years as his late wife, Nikki, courageously battled a rare form of cancer. Nikki sadly passed away on March 28, 2020.”

On December 14, The Bubbleheads commenced their voyage in a 25-foot Rannoch R45 as one of 35 teams setting out to attempt the arduous crossing.

According to The Bubbleheads’ Facebook page, the team has raised £23,000 for charity, including Wessex Cancer Trust and Royal British Legion.