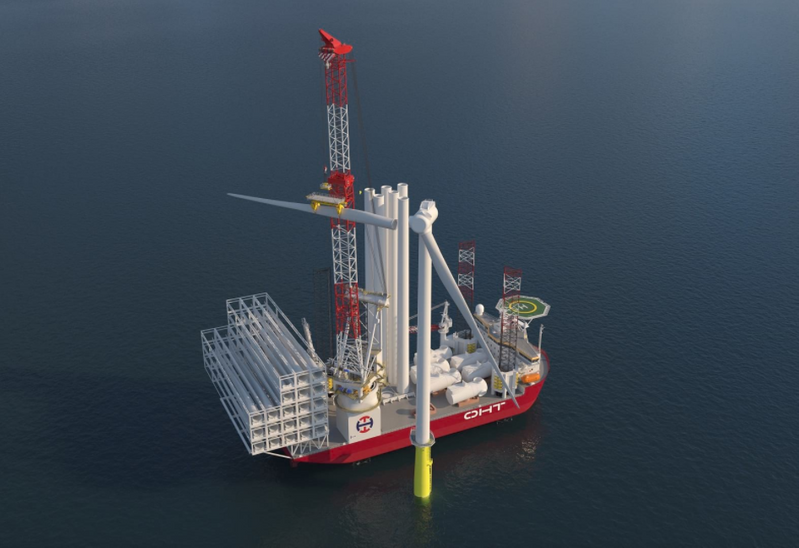 The company then in October signed a firm order with China Merchants Industry Holdings for the delivery of the jack-up unit for wind turbine generator installation.

The vessel will be of GustoMSC NG-14000XL-G design. It will be designed and built specifically to install the future-generations of offshore wind turbines and XL monopiles and will operate with significant reductions in their environmental footprints.

The vessel is scheduled for delivery in Q2 2023.

As mentioned earlier, OHT also has a wind turbine foundation installation vessel under construction in China. The vessel – named Alfa Lift – to be delivered next year, is designed to install monopiles and jackets from a floating vessel in dynamic positioning mode.

The vessel already has contracts secured to install foundations on the world’s largest offshore wind project – the Dogger Bank in the UK.
The contract for the Dogger Bank work has become effective this week, following the financial close being made for the project by SSE and Equinor.

OHT, which has made a name for itself by transporting offshore oil and gas drilling rigs, dredgers, and other heavy machinery, has plans to transition from oil & gas to renewables by focusing its transportation fleet on offshore wind foundation, and turbine installation tasks.

The group plans to exit oil & gas markets entirely within 2026, with the exception of sustainable oil & gas decommissioning projects.