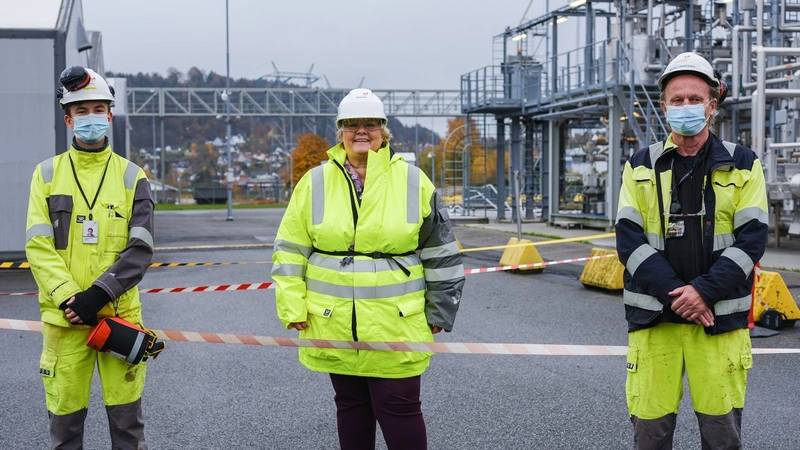 Norway plans to more than triple its national tax on carbon dioxide (CO2) emissions by 2030 to help it reach its climate goals, the government said on Friday, drawing criticism from the country’s powerful oil lobby.

The cost of emissions will be raised to 2,000 Norwegian crowns ($237) per tonne by 2030 from 590 crowns for most industries at present, Environment Minister Sveinung Rotevatn said when presenting the cabinet’s “Climate plan 2021-30.”

“We must make sure that it pays to cut greenhouse gas emissions,” he told a news conference.

Norway, western Europe’s largest oil and gas producer, aims to cut its greenhouse gas emissions by 50-55% by 2030 compared with 1990 levels.

By mid-2021 the government will also present a white paper on the long-term development of its energy industries, including oil and gas, Prime Minister Erna Solberg told a news conference.

“The government will show how the oil and gas industry will cut, by 2030, its emissions by 50%,” Solberg said.

Big emitters, such as oil producers and aviation, already pay around 800 crowns annually in pollution costs.

That includes the charge they face because of non-EU Norway’s adherence to the European Union’s Emissions Trading System (ETS), which uses trade to establish the cost of carbon emissions.

The combined cost of the national tax and of ETS payments will be capped at 2,000 crowns, under the latest plans.

The government also promised to lower other taxes and levies for those affected, but the industry said the change could decrease competitiveness.

Espen Barth Eide, energy spokesman for Norway’s main opposition Labour Party told broadcaster NRK the government should have set a higher target for emission cuts, but it would be constructive in its talks with the minority government.