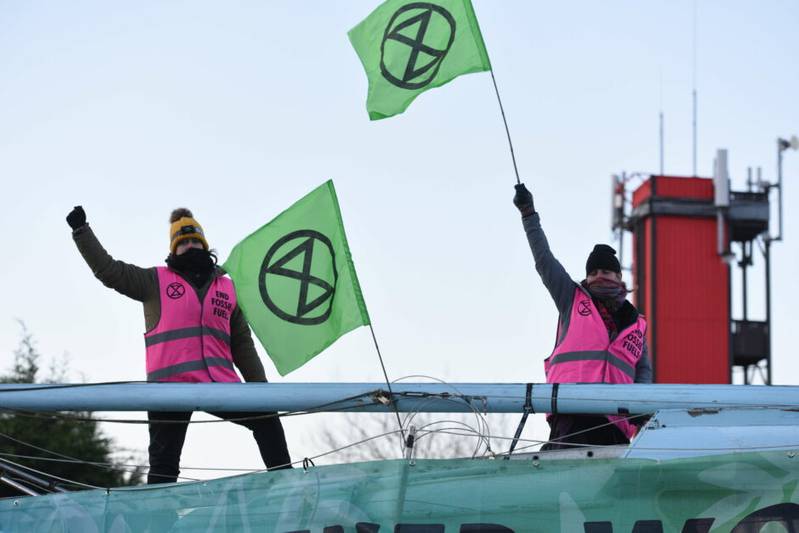 Hundreds of climate change protesters blocked oil terminals across Britain on Friday with some supporters climbing on top of oil tankers as part of their campaign to force the government to end its reliance on fossil fuels.

Police in Essex, just east of London, said they were dealing with three incidents and six people had been arrested.

The protests are part of planned demonstrations by Extinction Rebellion, which were due to begin on April 9, with the group saying the aim is to cause enough disruption “to create a tipping point moment”.

Extinction Rebellion wants an emergency response from governments and a mass move away from polluting industries to avert the worst scenarios of devastation outlined by scientists.

“The government is making a choice to continue its addiction to fossil fuels….instead of accelerating the transition to a renewable led future,” the group said in a statement.

The protests come days before the publication of the government’s new energy strategy, which is expected to boost its domestic supplies in an effort to shield Britain from a surge in prices caused by Russia invading Ukraine.

Britain has committed to reaching a net zero goal for carbon emissions by 2050.

However, those plans have come under pressure in the wake of the crisis in Ukraine, with the government saying it would step up domestic production of oil and gas after announcing it would phase out imports of Russian oil by the end of 2022.