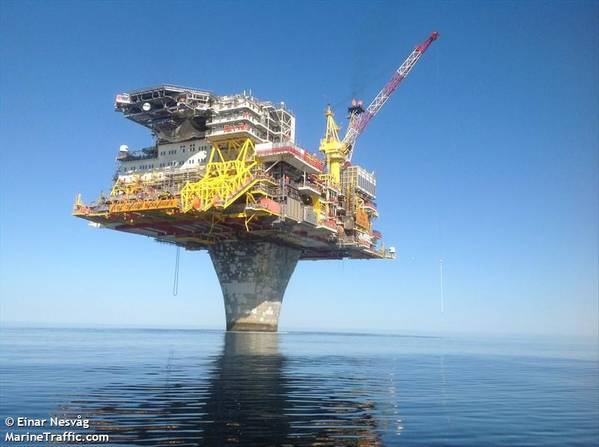 The Norwegian oil and gas company OKEA has awarded a ‘sizeable’ contract to Subsea Integration Alliance, a Subsea 7 – OneSubsea partnership, for the Hasselmus gas field development offshore Norway, Subsea 7 said. Subsea 7 defines a sizeable contract as being between USD 50 million and USD 150 million.

A month ago, OKEA announced its decision to develop the Hasselmus offshore gas discovery in the Norwegian Sea as a tie-back to its Draugen platform.

The Hasselmus gas discovery is located on the western edge of the Trøndelag platform in the Norwegian Sea, 7 km northwest of the Draugen platform, in production licence 093. A single well (6407/9-9 T2) was drilled on the Hasselmus structure by A/S Norske Shell in 1999 which encountered a 16 meters gas column and a 6.8 meters oil column in high-quality sands at a depth of 1,700 meters.

Fabrication of the pipelines for the project will take place at Subsea 7’s spoolbase at Vigra, Norway, and offshore operations will be executed in 2022 and 2023, Subsea 7 added.

OKEA said last month that production start-up was planned for the fourth quarter of 2023, with plateau gas production of more than 4,400 barrels of oil equivalents per day gross.