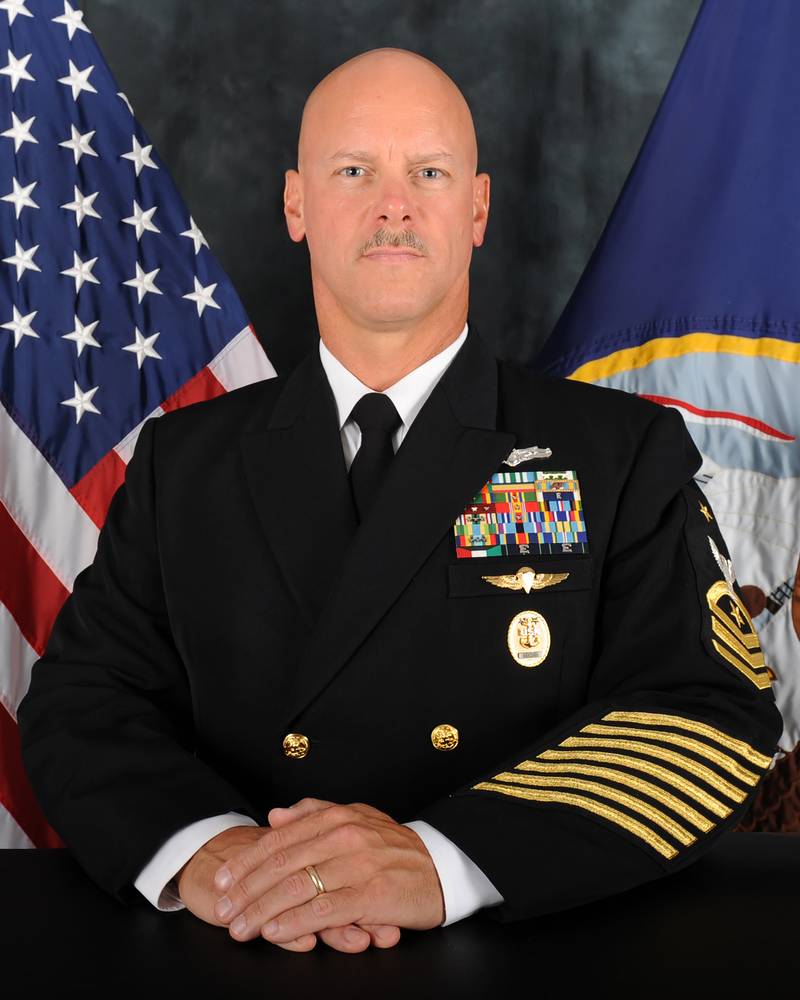 Carter relieved Command Master Chief Rodd D. Tooker, who has retired, and is now the 13th individual to receive the honor.

“This award is a recognition of the leadership, experience and expertise possessed by a knowledgeable mariner. Master Chief Carter is such a Sailor and has earned the title an ‘Old Tar,” said Vice Adm. Rick Hunt, U.S. Navy (Retired), president of SNA. “This award acknowledges our lore, customs and traditions, and honors the most senior of all our active duty Enlisted Surface Warfare Specialists with the ‘Old Tar’ designation.”

Carter was a DS3 aboard the USS Virginia (CGN-38) when he received his qualification on February 22, 1989.

The term comes from the days of sail and wooden ships, when Sailors would board enemy ships in battle and engage in hand to hand combat.  Since long hair was the fashion of the era, they would often wear it tied in a knot at the base of the neck. Before entering battle, they would dip this knot in tar that would soon harden and protect their necks from blows from behind. Sailors, therefore, became known as “tars,” and an “Old Tar” was clearly one honored and respected for his knowledge, wisdom and long experience at sea.

The honor is accompanied by a replica of “The Chief” statue that stands at the Senior Enlisted Academy in Newport, Rhode Island, with all the names of the “Old Tars.” A miniature replica of the statue is presented to each “Old Tar” as he retires.

The change in custody of the “Old Tar” statuette is recognized at SNA’s annual symposium held in January in Washington, D.C.

SNA also recognizes The ‘Old Salt’ award to honor the Surface Warfare Officer with the earliest date of receiving the coveted warfare qualification.