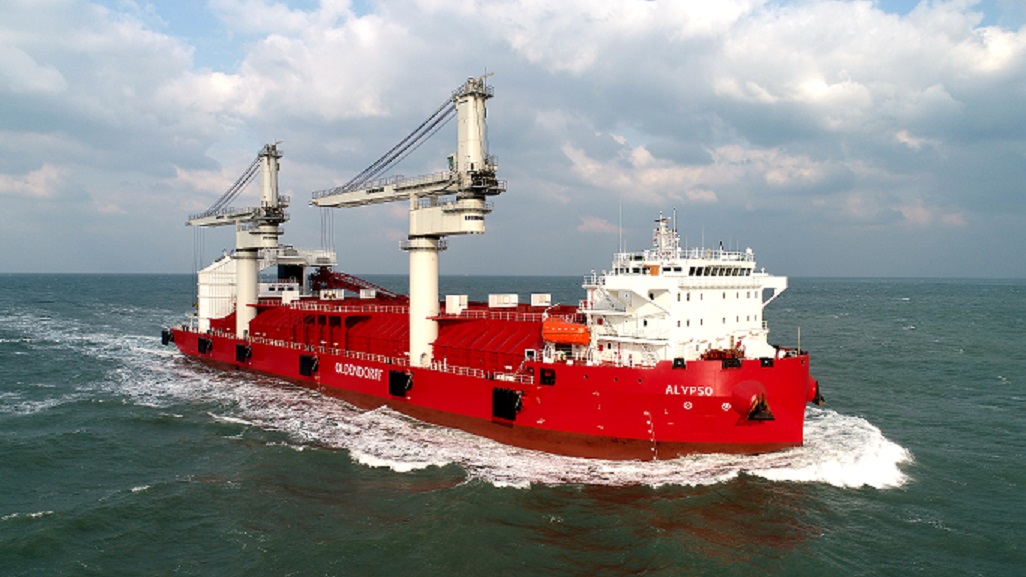 The 21,500-DWT transshipment bulkers have been installed with two 1.9-MW Azipod units, as part of a package of electric, digital and connected solutions from ABB.

”We look forward to reaping the operational rewards of Azipod propulsion, such as enhanced vessel efficiency and increased maneuverability.”

Oldendorff said that around 95% of its owned fleet of around 700 ships is comprised of ‘eco’ newbuilds delivered since 2014, which are specifically designed for low fuel consumption and reduced carbon footprint.

And since its forthcoming vessels will be tasked with transferring cargo from oceangoing ships in deep water for delivery to a port with restricted draft and space, maneuverability is also a vital consideration.

“The project fully demonstrates that Azipod is the go-to solution for environmentally conscious operators of all ship types. Because the electric drive motor is housed within a submerged pod outside the ship’s hull, the Azipod unit is capable of 360-degree rotation, improving maneuverability and operational efficiency. This also frees up cargo space on board, potentially boosting vessel profitability further,” said Juha Koskela, Division President, ABB Marine & Ports.

Over the course of three decades, ABB has supplied Azipod units for around 25 vessel types, with the propulsion system accumulating more than 17 million running hours in that time.