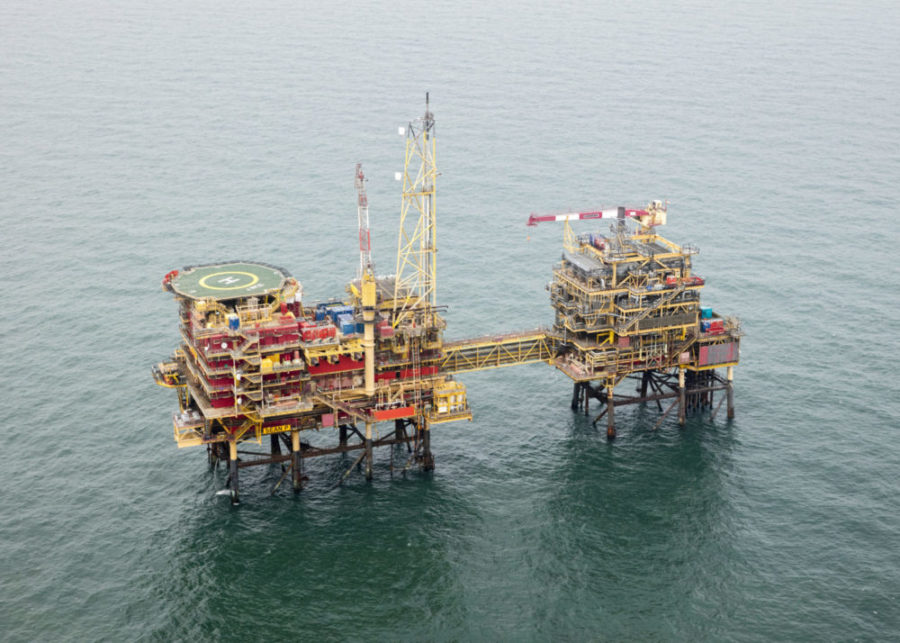 Dutch oil and gas exploration and production operating company ONE-Dyas has filed its decommissioning programme for three platforms, located in the Sean field of the UK North Sea, and handed them to the UK authorities.

ONE entered the UKCS when it acquired a 50 per cent operated interest in the Sean field in 2014 and was supported by Petrofac, who provided operations and maintenance services plus a range of ancillary functions. ONE and Dyas merged their upstream energy businesses, in a combined entity called ONE-Dyas in April 2019.

The development of the Sean field consists of three platforms. The first one is on Sean North – RD or Sean Romeo – and the remaining two are bridge linked platforms on Sean South – PD and PP – collectively known as Sean Papa.

Sean Romeo is a wellhead platform designed to be operated unmanned and Sean Papa consists of a gas treatment facility consisting of sand separation, dehydration and compression with an export route to Bacton.

ONE-Dyas prepared a draft decommissioning programme for the removal of the facilities at the end of field life. This shows that residual hydrocarbons will be removed from the topsides and transported to shore, while vessels, pipework and sumps will be drained prior to removal to shore and shipped in accordance with maritime transportation guidelines.

The company confirmed further cleaning and decontamination will take place onshore prior to recycling and re-use, while all pipelines will be flushed, cleaned and filled with seawater prior to decommissioning activities taking place. As there is estimated to be 141 tonnes of marine growth in place across the three sub-structures, onshore disposal will be managed by the selected waste management contractor.

Under the decommissioning programme, three platform topsides will be transported ashore for dismantling, while the equipment will be refurbished for re-use where possible. Otherwise, if it cannot be re-used, it will be recycled.

The two mooring buoys, consisting of surface buoys anchored via concrete blocks on the seabed will be removed to shore for disassembling and recycling or disposal.

SSIV protection structure, control umbilical and electrical cable will also be recovered to shore for re-use or recycling. Trenched and buried pipelines will be decommissioned in situ, while exposed sections will be remediated with rock dump.

Following pipeline flushing, the pipeline will be filled with inhibited seawater to ensure that consideration of future re-use options is not precluded. The offshore end will be cut and lifted with the open end being capped. The exposed end of the pipeline will be remediated with rock to minimise any residual snag hazard.

The electrical cable will be cut at each end, the buried length will be exposed and then recovered to a suitable vessel.

Sean Papa consists of 10 wells (8 producing), while Romeo has 6 wells (2 producing). These wells will be plugged and abandoned from surface installations.

The decommissioning activities will be managed by ONE-Dyas in the Netherlands, who will produce a Supply Chain Action Plan (SCAP) for these decommissioning programmes and submit it to the OGA for approval.

ONE-Dyas claims to have considered other potential reuse options for the Sean field infrastructure, including the re-use of the infrastructure in situ for future hydrocarbon developments. However, none of the assessments yielded a viable commercial opportunity. This is primarily due to the absence of remaining hydrocarbon reserves in the vicinity.

A Cessation of Production (CoP) application was submitted to the Oil and Gas Authority (OGA) for review with confirmation subsequently received that there are no objections to ONE-Dyas permanently ceasing production. The firm committed to cap and inhibit the export pipeline contents post flushing in order to allow for the potential for re-use of this pipeline, should a technology mature or a future re-use option present itself.

ONE-Dyas explained that an appropriately licensed disposal company and yard will be identified through a selection process that will ensure that the chosen facility demonstrates a proven track record of waste stream management throughout the deconstruction process. The process will also ensure the facility has the ability to deliver innovative reuse and recycling options.

The company currently holds 50 per cent interest in the field and operates it, while its joint venture partner SSE E&P holds the remaining interest.

In company-related news, it was reported that ONE-Dyas plans to power a platform at the N05-A gas extraction field solely by the electricity from the Riffgat offshore wind farm in the German part of the North Sea.

The N05-A platform will be located in Dutch waters some 20 kilometres north of Borkum, Rottumerplaat and Schiermonnikoog and lie approximately one and a half kilometres from German waters.